SHAYA OSTROV, LCSW, is the author of The Menuchah Principle in Shidduchim, Dating and Engagement and The Menuchah Principle in Marriage. He responds:The clear objective is to make an intelligent and informed decision as to which of these two young men is a better choice for your daughter to date. The big challenge is how to make that decision without relying on misleading assumptions that have no basis in the reality of who these people are. When it comes to young people who have been through these unfortunate experiences, we can never rely on generalizations. They are always misleading. Let’s consider the young man who is divorced. We don’t know whether his former wife’s illness was physical or emotional, whether it was something that other husbands might have been able to help her through, or even whether his behavior may have triggered an illness that was latent. In my own experience in dealing with divorces associated with illness, I’ve seen a number of situations in which a spouse’s inability to be caring and empathic clearly contributed to the “illness.” Couples bring out the best and worst in each other. Even when the illness is physical, the attitude toward it is very important. I know a young man who discovered that his wife had suffered from an illness that was not disclosed before the wedding. Her parents were very careful to seek the counsel of gedolim, who guided them not to reveal anything, feeling it would not be a significant issue as it no longer affected her health or ability to be a wife and mother. It was an unfortunate decision.

After the wedding the young man discovered the truth and could not stop obsessing over having been “tricked.” Eventually the young kallah felt so tormented that she had no choice but to ask for a divorce. You can imagine what this young man and his family said about their former daughter-in-law and her parents.  As for the young man from the “dysfunctional family,” here too we make generalizations that we think connect the dots so that we can hold on to our assumptions about the dysfunction. But without really knowing the family and its dynamics, we are always way off the mark. Some individuals emerge from problematic families strong and wise, while others emerge weak and unable to function as a spouse or parent. So what can be done to guide us in these situations? I have a klal: I never rely on what an individual tells me about his or her failed marriage. I listen and respect what is shared. But I never believe it’s the whole picture. There are no black-and-white situations in cases like this. The thing to do is to look for responsible sources of information. Those who have gone through a painful divorce always need the help of someone who can promote the healing process and guide them to a better understanding of the past, as well as prepare them for the future with greater wisdom and inner strength. The national failure rate for second marriages is around 70 percent. And while frum couples have lower divorce rates in general, failed second marriages are far too common. My best source of information is usually the therapist or rav who has worked with this person and has an intimate understanding of the situation. You need to carefully go through your references and receive an unequivocal green light from a responsible and trained individual who has firsthand knowledge before proceeding.

Without such guidance and reassurance, you may be taking a great risk. With regard to the young man from the “dysfunctional family,” we have no idea what his family problems are. That people talk about them is not a great sign, but never a clear one either. Here, too, individuals growing up in challenging environments need role models who have taught them how to build a healthy and loving Torah family. Find out who that person or people are in order to better understand what this young man’s life has been like. As for your question about which is preferable, there cannot be an answer. We are not comparing a Lexus to a Honda. Hashem made all of our lives incredibly complex. It’s a good idea to avoid simple categorizations that are never true. Hatzlachah rabbah.REBBETZIN  CHAVA PANETH is a sought after speaker and mentor who advises countless women on shalom bayis and relationship issues.  She responds:While you’ve been told that the divorced young man wasn’t at fault, you need to do your own research to determine what really happened. What you think is true might not really be the case. Similarly, while your concern about the young man from the dysfunctional family is legitimate, it is important to know that he won’t necessarily follow his parents’ pattern. Sometimes children who come from troubled homes didn’t like what they saw and work very hard on themselves in order to create wonderful ones, so what looks like a chisaron might not be a negative factor. I don’t think you should throw away either shidduch, though; just do a lot of research. That is your hishtadlus and what you must give your child. I believe your daughter should meet both young men. You’ve described her as an older single, so I’m sure she has enough life experience to have developed her own powers of discernment.

This isn’t a young girl we’re talking about, in which case I wouldn’t recommend this. For instance, with regard to the boy from the dysfunctional family, she will be able to see if he is mesudar and has a stable job. If the shidduch is bashert, your daughter will feel it. As for her embarrassment, it should be explained to her that there is no room for such feelings here. Hashem created both kiddushin and gittin; sometimes a get is necessary. And as for trying to convince your daughter one way or the other, I don’t believe in it. She’s a grown-up! In fact, trying to convince her might have the opposite effect. I strongly believe that parents should never try to persuade their children to accept a shidduch. If something happens, she will blame you. You can give your opinion, but when it comes to shidduchim, don’t push. It doesn’t work. And remember: Do we ever really know the right answer? That’s why I suggest she meet both young men. She might learn a lot from face-to-face meetings.DR. ADLER is a psychotherapist in private practice in Queens and Lawrence, New York, with more than three decades of experience treating people in the Orthodox Jewish community. He is a musmach of Rav Yosef Breuer, zt”l, Rav Shimon Schwab, zt”l, and the Novominsker Rebbe, shlita. A talmid of Rav Shlomo Wolbe, zt”l, Rabbi Adler also integrates his teachings into his counseling. He responds:Your question is a rather important one as it is not at all uncommon and brings to light several important issues. There are many variations on the theme, but as is often the case, the answer lies in the details.

There are many variables that have not been touched upon that may actually be quite relevant, but all I can do is approach the question with the given information. One cannot make blanket generalizations. Some individuals may be impacted by divorce, and some may not be affected by a dysfunctional home. On the other hand, one can certainly make the case that a dysfunctional home is likely to be more serious. However, it appears to me that there is a more fundamental concern that supersedes the question of which young man to date. It does not seem as if your daughter is questioning the role that family background plays in a person’s development. Her concern is merely an external one; you say she feels “embarrassed.” This brings up the question of why she is so strongly affected by externals. For a mature and intelligent young woman, wouldn’t compatibility, the ability to make each other happy and the connection she feels with a prospective spouse, be far more important considerations in deciding whom to date and marry? With that said, my approach would entail the following: This is not a question of how to convince a person (a strategy, by the way, that does not work well in most cases). Yes, I could point out people who were never divorced who experienced disastrous marriages because of serious family problems, and outstanding marriages of formerly divorced people. But that would not address the fundamental problem. First, your daughter’s feelings must be sincerely validated. Although you or others might disagree with her opinion and deem it superficial, she obviously doesn’t see it that way. Once her view is validated, her perspective on dating can then be addressed. One has to explore what is primarily important to her and the role that externals play in her life. If broached compassionately, respectfully and sensitively, she may begin to engage in self-exploration, which is likely to be helpful for dating and meaningful to her life as a whole. Hopefully, she will achieve a more open and balanced understanding. It is quite clear that as a parent you may not be the best candidate to initiate this process. Your daughter is likely to view you as subjective and would gain more clarity from someone who is less involved. This could be a close friend, mentor, former teacher or dating coach. The most essential credentials are that the individual be an intelligent, caring person your daughter trusts and respects. May you have simchos bekarov!

Searching for Your Soulmate? 5 Tips from Rabbi Chaim Kanievsky

Dating – The Hand of Hashem

G-d, Please Make a lot of Weddings this Year

The “Gift” of Waiting

“Why Aren’t You Married Already?”

Will I Ever Get Married?

“I’m a Jewish Girl and He Was an Arab Boy; What Was I Thinking?”

Love For a Moment and then What?

I was Looking for Mrs. Right and I Found Her!

Searching for Your Soulmate? 5 Tips from Rabbi Chaim Kanievsky

Dating – The Hand of Hashem

G-d, Please Make a lot of Weddings this Year

The “Gift” of Waiting

“Why Aren’t You Married Already?”

Will I Ever Get Married?

“I’m a Jewish Girl and He Was an Arab Boy; What Was I Thinking?”

Love For a Moment and then What?

I was Looking for Mrs. Right and I Found Her!

The Short End of The Deal

Under Cover of Night 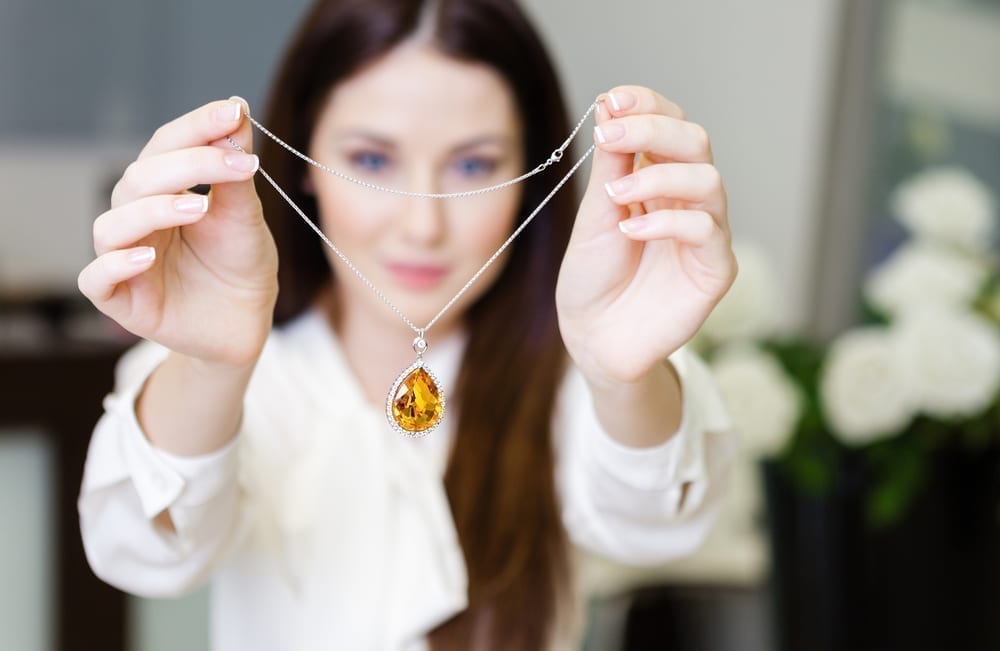 A Single Woman’s Letter to G-d 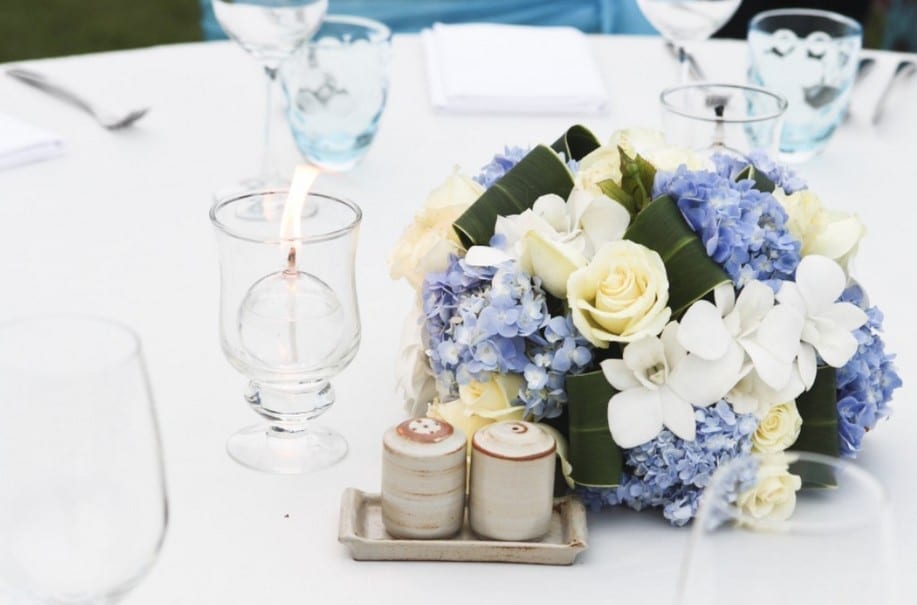 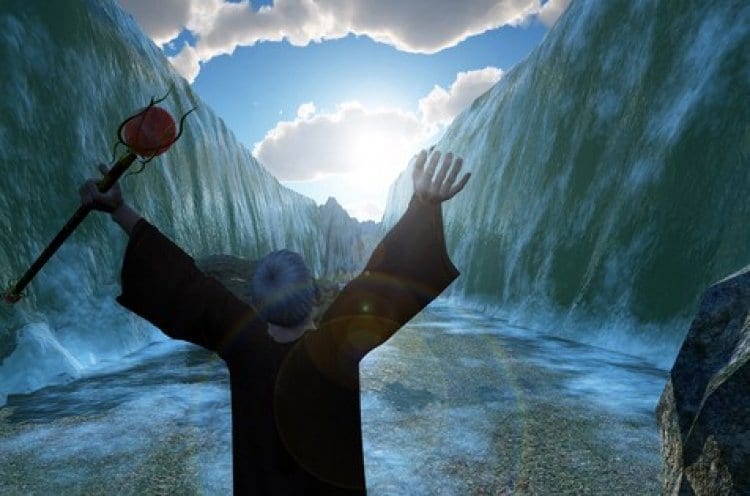 Singles Get Ready! The Song of Splitting the Sea Will Help you Find Your Spouse!