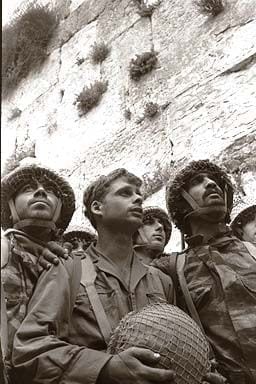 Moshe Keinan a senior IDF officer wrote a book called ‘Am Yisrael Chai’ The Nation Israel Lives. In his book he wrote of a discussion with an officer of the Singapore army who was deeply impressed with the many miracles that happened to Israel during the 6 day war.
“When I was training in a ‘special unit’s commander course’ There was a parallel course to mine but with foreign officers with similar content. I became friendly with one of the officers from the Singapore army, a commander named Lee. We spoke a lot and I was deeply impressed with his knowledge of the history of wars around the whole world and his knowledge of names of generals leading each battle and their exact dates” Keinan wrote.

“Lee told me in one of our conversations: “You know we learn the history of battles and analyze them to learn lessons from them we can use in our battles if necessary.  Every battle and victory is understandable, we can analyze them and we can use them as a model to adapt for ourselves. But until today I have no idea how you, such a small nation succeeded in your wars? What exactly can I learn from you when Avigdor Kahalani stopped 140 Syrian tanks with only 3 of his own? What can I learn from the fact that in only 6 days you defeated Syria, Lebanon, Saudi Arabia, Libya, Morocco, Jordan, Egypt and Iraq? That you are a small country of 6 million Jews surrounded by 1.2 billion Muslims? That you have over 60 terror warnings a day?”

“What should I learn from the Gulf War”, continues the officer, “Saddam Hussein launces 39 Scud Missiles at you, 10,500 apartments are harmed yet documents show only one person, Eitan Greenwald died. Tell me truthfully as one officer to another, what conclusions can I make from these wars?”

Keinan writes: “It seems this question was already dealt with almost 2,000 years ago when Hadrian was sent by Titus to Israel to continue the destruction wrought by Titus on the holy land. Despite the great destruction that was wrought, Hadrian was impressed by the survival of the Jews. He told Rabbi Joshua:  “The sheep surrounded by 70 wolves is very great!” Rabbi Joshua answered: “Great is the shepherd that saves her protects her and breaks those wolves before her.”  (Midrash Tanchuma Toldoth 5) This is the answer for the Singapore army officer: Our wars are led by G-d, not in a natural way.

Mr. Levanon, father of a fallen IAF pilot asked Ezer Weitzman who was a commander during the 6 day war: “How do you explain that our pilots were flying around 3 hours attacking airfields and the Egyptians didn’t tell each other to warn and protect themselves?” Ezer Weitzman was quiet. He pointed upwards and said: “It was the finger of G-d!”

Colonel Uri Ben Ari: “The Fear of the Jews befell on the Arabs
Coloner Ben Ari was commander of the Tank Division which captured the difficult area surrounding Jerusalem. He said: “If someone in the military school would tell me that you could move a whole division from the lowlands to the mountains, engage in battle and win all within a few hours we’d call that man a dreamer. Yet that is exactly what my division did.”

“When we entered Nablus thousands of people were waving white flags at us and clapping. We innocently smiled back and waved. We came into the town and were wondering; how can it be there are no disturbances from the population, the local watch with their weapons keeping order and the crowds are cheering? The picture changed suddenly when one of our officers tried to take a rifle from one of the Arabs standing next to us and he refused. The officer shot up into the air and the whole crowd dispersed. The streets emptied and shooting started/. I didn’t understand what was going on. I understood only later that the local people of Nablus mistakenly thought we were the Iraqi tank brigade that was supposed to meet them in Nablus coming in from Jordan. Indeed there were many Arab tanks right outside Nablus waiting for the Iraqis but it didn’t dawn on them to shoot at us because they thought that we were Iraqi. They only later learned of their mistake.”

“The Arabs were surprised and the fear of Jews came over the Arabs. In Hebron, Nablus, Jenin and Jericho they all had tons of weapons. Even the smallest village was heavily armed. They all hid their weapons and raised their hands in surrender. White flags waved everywhere. These haughty Arabs consumed with hate for Israel who just yesterday swore to fight till their last drop of blood all surrendered. The fear of G-d overtook them.”

Sergeant David Yerushalmi: “We were few against many but G-d tied their hands”

Sergeant David Yerushalmi describes a great miracle he was part of: “After Jenin we proceeded to the West Bank. Someone fired at us from an orchard. I thought he was a lone soldier or local who decided to try shooting so I told my group: ‘Go on, I’ll take care of this myself’. What did I find? A group of 40 soldiers with additional Arabs that joined them together with a civilian patrol, all armed. I was shocked for a moment and said ‘this will be my end’ what was I thinking to go myself and clean out someone shooting? Now I can’t get out of this. At the last moment I decided not to go down easily, I would fight till my last bullet and then fall. In the end I didn’t fight nor did I fall. The heavens tied their hands and they held their hands up in surrender and all I needed to do was finish off the work.”

“The Egyptian Sergeant told me: We were paralyzed and couldn’t move.”

Yisrael a taxi driver, a reservist who was re-inducted to the paratroopers during the six day war was sent to jump into and capture the straits of Tiran. When he came back he shared his story: “The Israeli soldiers didn’t jump from the planes as planned. We landed like spoiled tourists in the Egyptian airport because the Egyptian unit responsible for defending the airfield fled. When we landed me and another soldier, an electrician were sent out on patrol. We were 2 kilometers from the base when we saw an Egyptian APC full of heavily armed soldiers, machine guns pointing out in all directions. We only had light firearms which wouldn’t for a second deter the APC. We couldn’t run back to the camp so we just stood there and pointed our weapons at them out of despair. But they didn’t shoot. We cautiously approached the APC and we saw 18 Egyptian soldiers, all armed but sitting frozen with fear on their faces. They looked at us as if begging for mercy so I shouted ‘Hands up!’ They all threw their weapons down and with hands up we led them to captivity. When I calmed down I asked the Egyptian sergeant ‘why didn’t you shoot at us?’ And he was mumbling, “I don’t know…We were paralyzed, I was totally paralyzed and I don’t know why…”  it also became clear that these soldiers didn’t yet know that the Tiran Straits were recaptured by Israel, they had just come back from a patrol. Why didn’t they kill us? I have no idea but how can you say that G-d didn’t help us?” Concludes Yisrael.

“You Israelis believe in G-d?”

Moshe Keinan concludes with a painful observation, food for thought in our society.

“In one of my conversations with my friend Lee, the Singapore army officer we were in the hallway between our classrooms at a break between classes. There were refreshments. Lee poured me a coffee and handed me a slice of cake and he immediately started eating. I held the cake in my right hand and made a blessing; “Blessed are you G-d … creator of various types of foods”. I was hoping that the blessing would peak Lee’s interest and perhaps he would ask about it, but lee kept on eating.

I asked him; “Aren’t you curious about the blessing I made?” “Blessing?” he asked, “it’s not the first time I saw you talking to your food!”

I smiled and responded “I’m not talking to my food I pray to G-d and thank G-d for my food!”

I told Lee that it simply wasn’t’ true and asked him: “How did you ever get to that conclusion?”

Lee stood up and said: “Listen, besides visiting the Israeli army we visited the Egyptian army and the U.S. army. Over there I heard G-d all the time. Generals would mention G-d in every class any lecture or instruction you’d always hear G-d being mentioned. I’m here visiting the IDF for 3 months and this is the first time I’m openly hearing that Israel has a G-d!”

He looked at me and asked; “Moshe from who are you all embarrassed?”  “I was quiet”, Moshe Keinan writes, I didn’t know what to answer him.”

Previous Article Gallery: Sea Sand Sculptures Next Article Fake News, Why Do We Believe It? 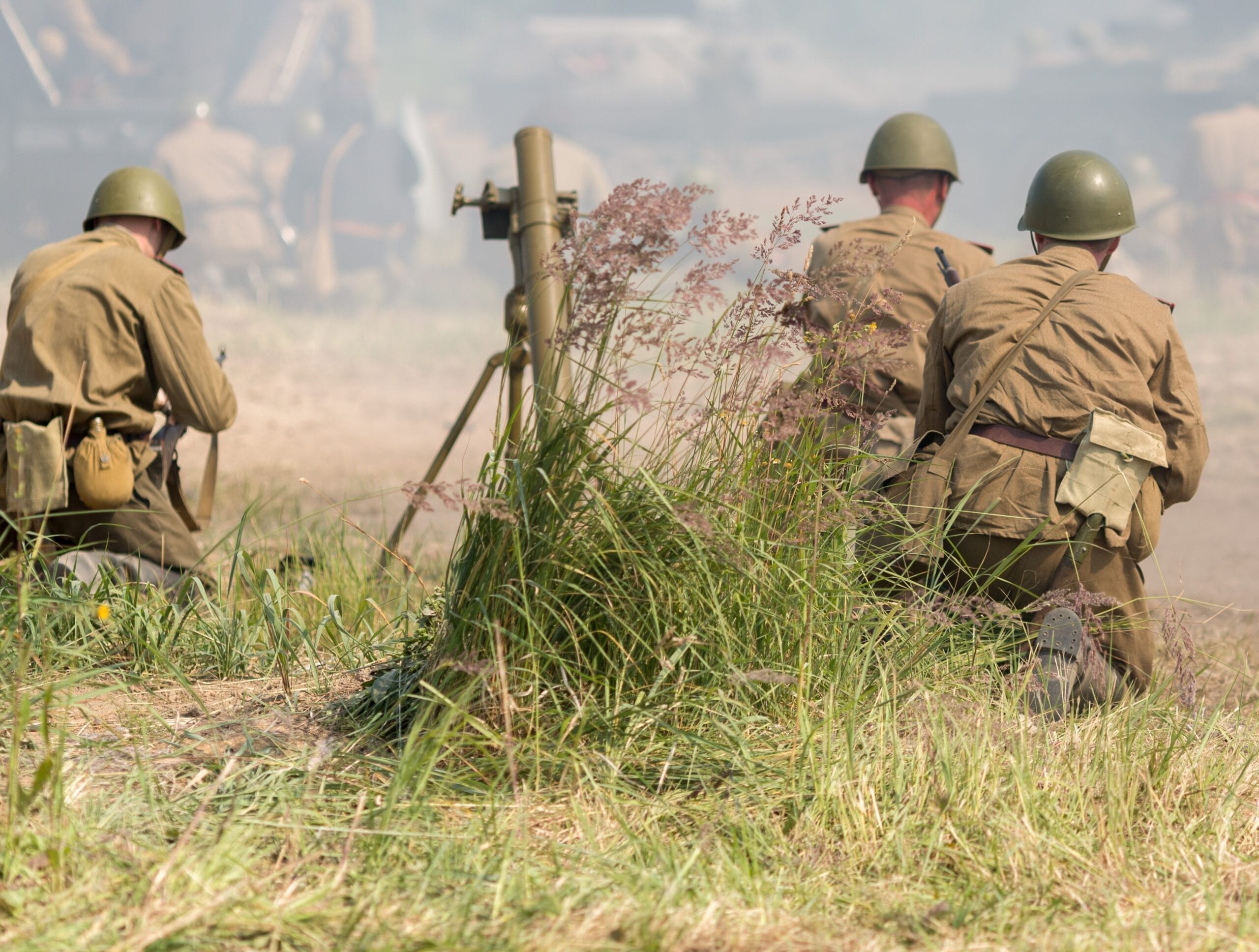 Bulls Eye! We Shot But G-d Guided it to the Target! 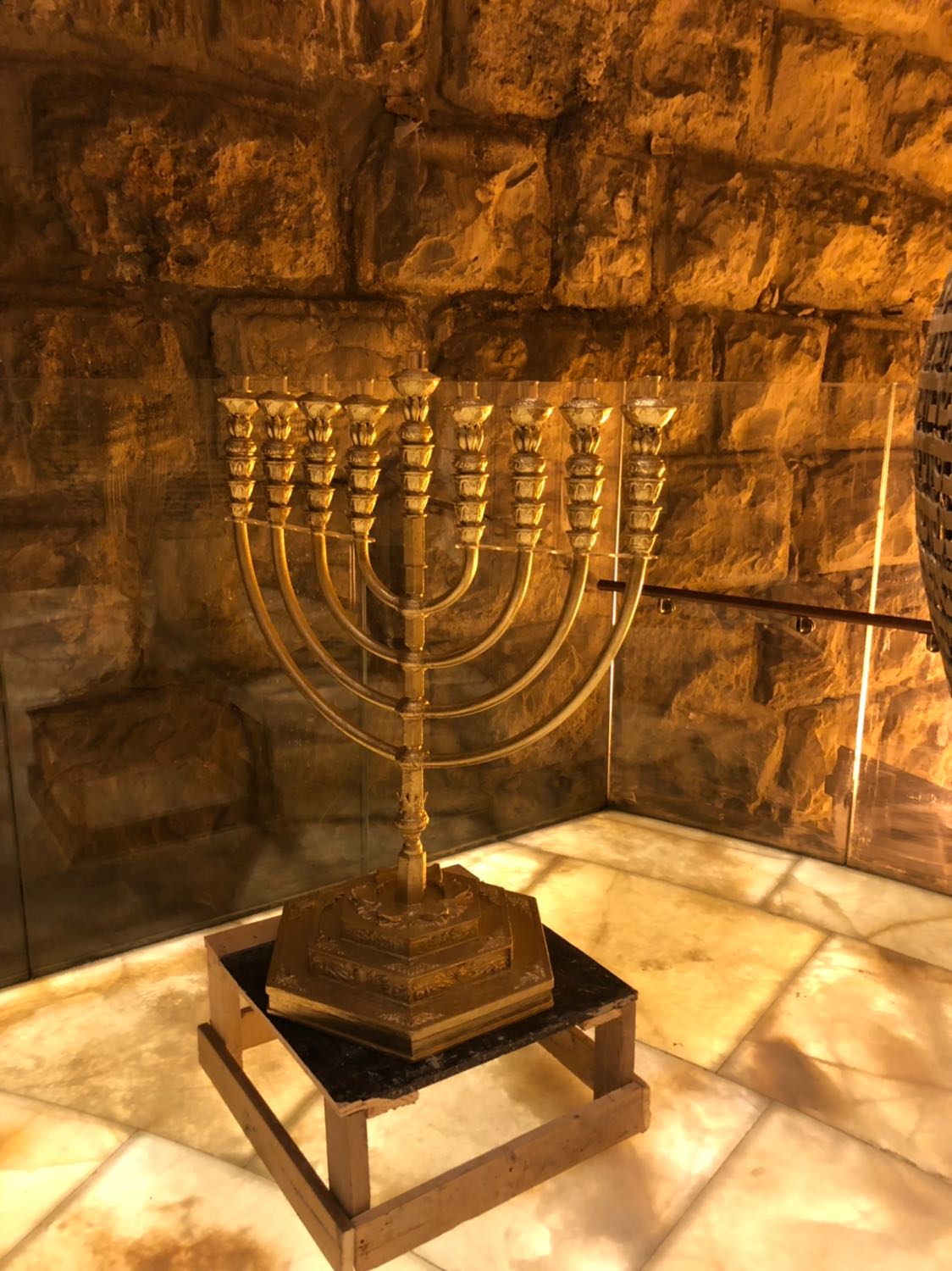 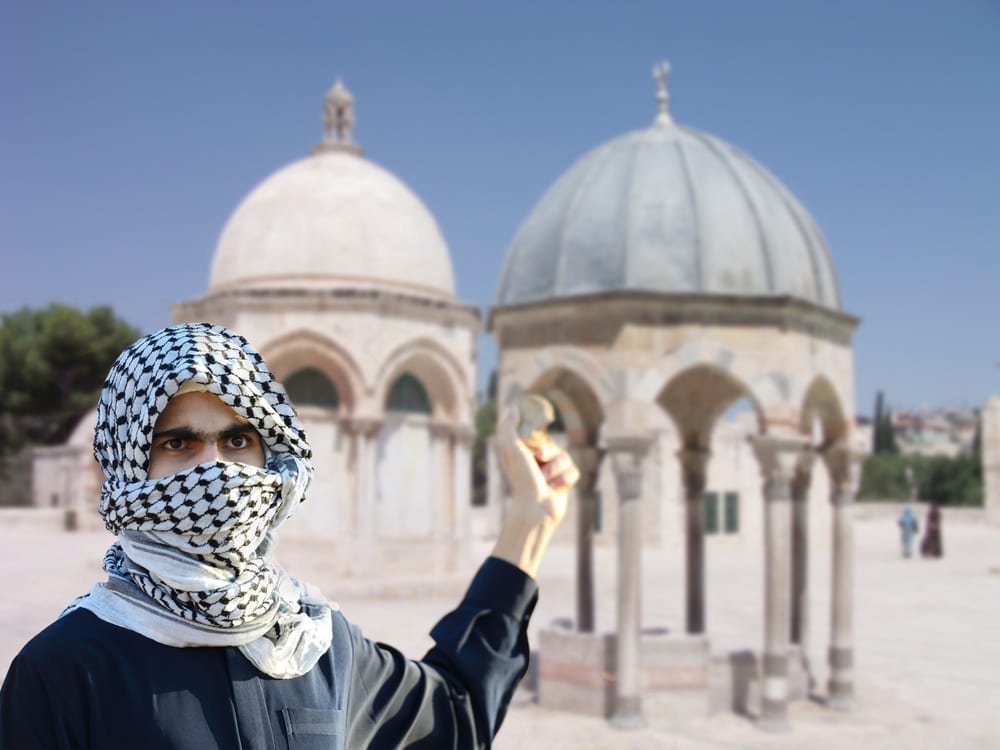 Jerusalem Liberation Day, for you too, Ahmed ! 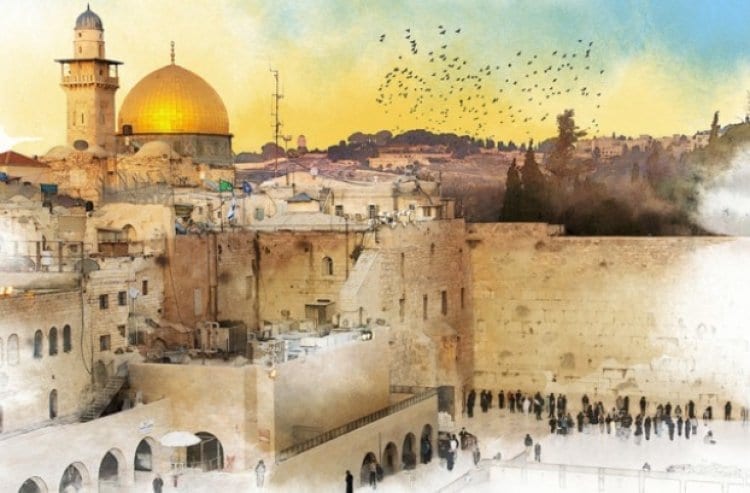