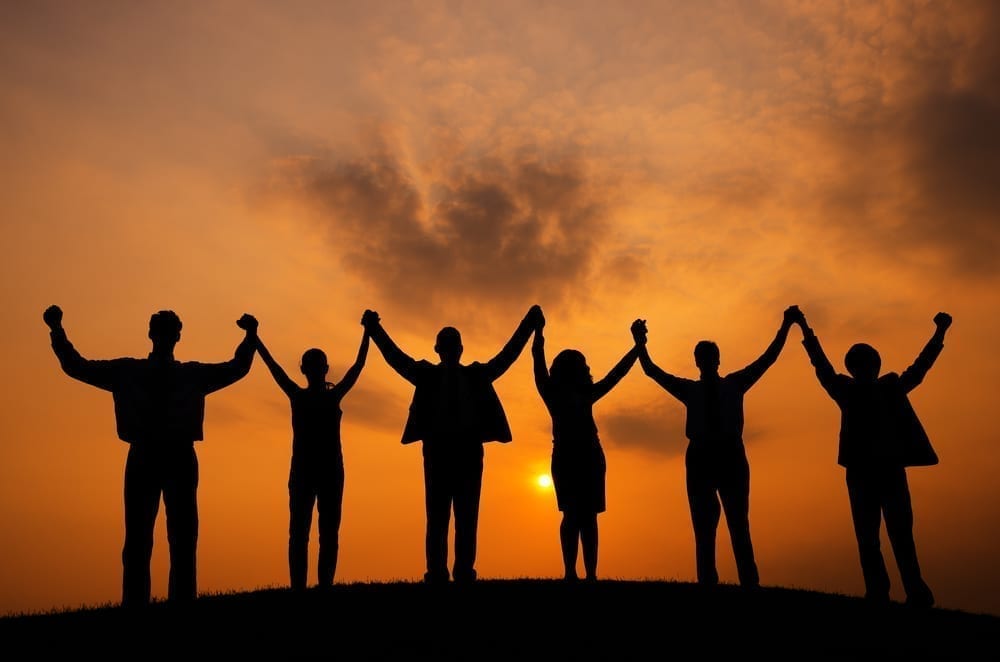 “And Yitro heard “. He heard and he came. He came to contribute. Boy did he contribute! The Torah devotes the first 27 verses of the Parsha to his advice and ministry. In 18:9 the verse begins ויחד יתרו, Yitro became giddy. He was so happy for the Jews over their good fortune of having not just a G-d that smites evildoers, but a G-d that can be beneficent with his people as well. What a concept! He never in his life came across a deity that had two dimensions in one. It was always either a G-d of destruction, or a G-d of beneficence. Never two incorporated into one.

ויחד יתרו can also mean that he understood that Israel would only benefit from Hashem’s munificent side if there was אחדות (unity) amongst them. Yitro taught them so many things. He taught the infant nation how to be responsible citizens; he gave them organizational skills, and taught them how to build a national hierarchy, just to name a few. Basically, he counseled them on how to build a nation, placing morality – truth and honesty at the forefront, as is mentioned in 18:21 ‘And you shall discern from among the entire people, men of accomplishment, G-d fearing people, men of truth, people who despise money”. He understood that the bedrock of a nation – the underpinning; had to be founded by men who were righteous and principled.

I would like to share a Torah from my friend Reb Aryeh Gordon of blessed memory, who recently passed away.
“And Yitro heard” what did he hear, that made him come running? According to Rashi and the Talmud in Zevachim 116A, he came because he heard of the war with Amalek, Hashem’s splitting of the sea, or the giving of the Torah on Sinai.

Let’s understand the connection between at least two of these possibilities, the war with Amalek, and the giving of the Torah.

In Genesis 27:22, Yaakov puts on sheep’s clothing and presents himself to his father Yitchak. His father’s reply: הקול קול יעקב והידים ידי עשו  “the voice is the voice of Yaakov, and the hands the hands of Esav”. The voice that Yitchak heard, and the sound of the Torah for all generations, was the voice of Yaakov. And ostensibly “the hands” were the hands of Esav. So does this mean that for all generations the “power of the hands” would be in the hands of Esav? Can the verse be perhaps implying otherwise?
The verse starts with “hakol, the voice -the definitive article. “The voice” was the voice of Yaakov. The verse then continues: “vehayadayim”, the hands. That's also a definitive article. To whom does that belong? Well, if we go according to the punctuation of the verse, it seems as though it belongs more to the first half of the verse, than to the second, which plainly says “yeday Esav”, the non – definitive “hands’.

So then THE voice and THE hands par excellence would therefore belong to Yaakov. How would that work? The true עשיה – the doing in this world, would ostensibly belong to the realm of Yaakov. Indeed, the Ozter Midrashim says the following. When do the ידיים hands, belong to Esav? That occurs, when Yaakov doesn't have a קול-the voice of Torah, the voice of prayer, reason, or morality. When Yaakov does have a proper “kol” then we the Jewish people earn and retain the ידיים – hands, along with the kol – voice.

Now let’s go back to our parsha. What made Yitro come and join the Jewish people? It’s because he heard the Torah. He heard THE definitive voice of Yaakov. He heard about the event itself, but metaphorically he also heard. And what resonated with him was the idea, that the People of Israel would eternally represent the Creator, and that they are a major part of the blueprint of creation and the morality of the world.

Regarding the second opinion in the Midrash that Yitro “heard” the war with Amalek. This needs a bit of an explanation. What happened in that war? Firstly it was fought at Refidim –רפידים , which can also mean רף ידיים, weak hands. Amalek took notice of the fact that the Jewish people's actions and morality – represented by their hands, were weak, and they therefore chose to attack. Indeed, Yitro heard about the war; the war of hands in which the outcome depended on the strength of our hands – which depended on our Kol – our voice.
Hence, הקול קול יעקב והידיים ידי עשו the voice is of Jacob and the hands too. Now we can see the connection of two possibilities of why Yitro came. The “kol” being Matan Torah, and the second – the definitive הידיים-THE hands. We live in a world which necessitates the harmony of the Kol, the voice and the yadayim, the hands.
May we always merit to retain both.

Previous Article This Shabbat Is Auspicious For Healing Next Article Can a Needy Bride Benefit From a Thief’s Generosity? 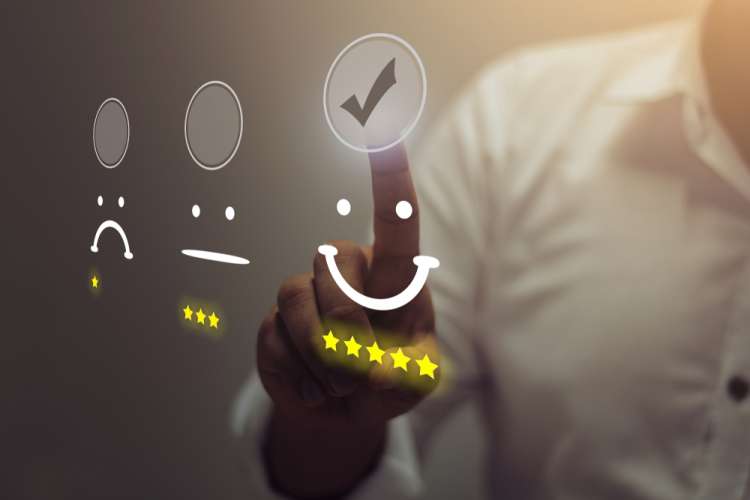 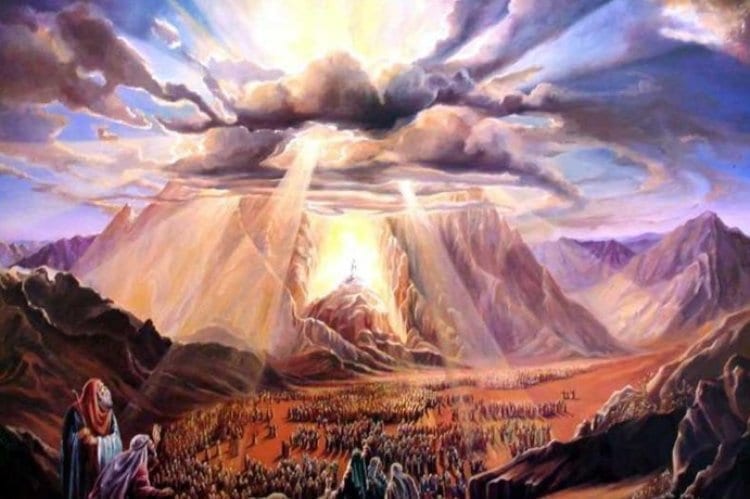 This Shabbat Is Auspicious For Healing 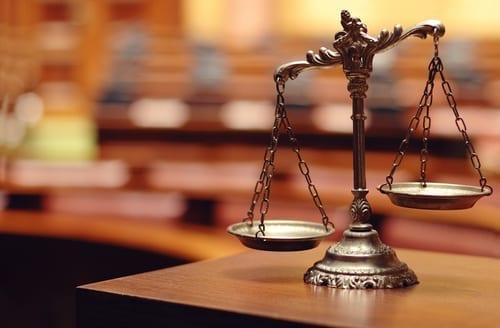 Ethics in the Parsha - Parshat Yitro 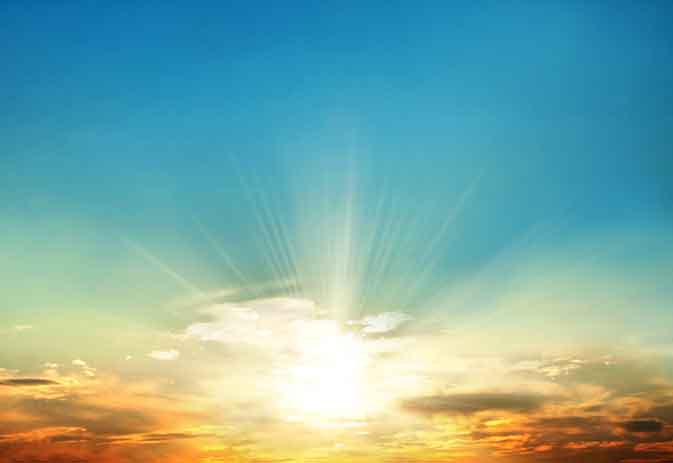