Proof of Prophecy: The First Exile 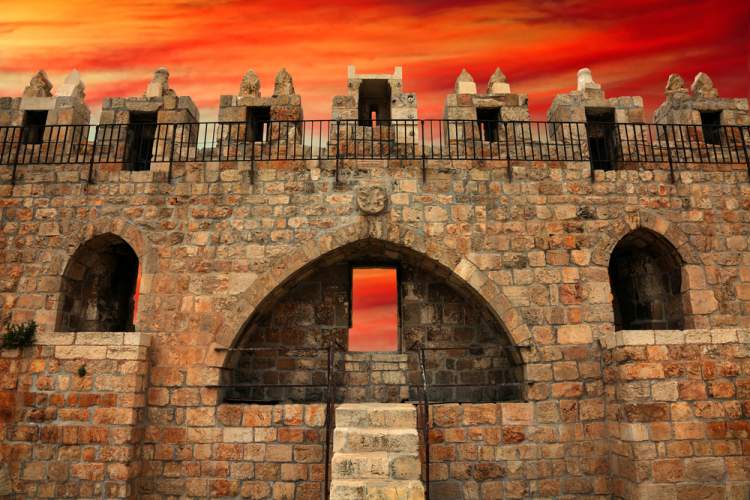 Let us free ourselves for a moment from the perspective of two thousand years of exile, and try to feel how a Jerusalem resident in the Land of Israel felt during the period of the Israelite kingdom.

He sees the mansions of Jerusalem’s elites outside of his window, with the king’s palace especially striking in its beauty. Not far away, on top of the Temple Mount, stands the magnificent Temple in all its glory, with its beautiful, strong and smooth courtyard walls surrounding it on all four sides (without the holes and the shrubs growing out of the stones as we see in the Wailing Wall’s stones, the remnant of the Destruction)on. The Jewish people dwells only in the Land of Israel.

We take a seat next to the table, we unroll a Torah parchment containing verses which were given to our people not long ago, and we read:

“If you follow My statutes and observe My commandments and perform them, I will give [blessing]…” (Lev. 26:3-4)

“But if you do not listen to Me and do not perform all these commandments, and if you despise My statutes and reject My ordinances, not performing any of My commandments  and breaking My covenant, then I too will do the same to you; I will order upon you… (1) I will lay your cities waste and (2) make your holy places desolate, (3) I will make the Land desolate, so that it will become desolate [also] of your enemies who live in it. (4) And I will scatter you among the nations, and (5) I will unsheathe the sword after you.” (Lev. 14-33)

We have 5 prophecies here:

1. Jewish cities with their magnificent houses and mansions will be demolished.

2. The  Temple will be utterly destroyed.

3. Our enemies who will conquer the land will not succeed in making it bloom anew, even though they are dwelling on it (it will become desolate [also] when your enemies live in it). The land will maintain its faith with us. (This can be compared to a father who punishes his son by taking away his private bedroom. He nevertheless informs him that the bedroom will not be given to anyone else, but will remain empty until the beloved son is worthy of returning to it.)

5. While they are scattered around the world, they will not find rest but the sword will pursue them. (Chananya, Mishael and Azariah were thrown in a fiery furnace, Daniel was put in a lion den, Haman decreed to murder all the Jews, etc.)

How must these words have sounded during the period of the Israelite kingdom, before the Destruction of the First Temple?

How do they sound with hindsight, after they already took place?

The Years of the First Exile

How long did the first exile last? Did someone predict in advance and guarantee that this is what would happen??

Let’s return to the above-mentioned verses and contemplate them and the verses that follow them:

“But if you do not listen to Me and do not perform all these commandments, and if you despise My statutes and reject My ordinances, not performing any of My commandments…  I will order upon you…And I will scatter you among the nations, and I will unsheathe the sword after you. Your land will be desolate, and your cities will be laid waste. Then, the land will be appeased regarding its sabbatical years. During all the days that it remains desolate while you are in the land of your enemies, the Land will rest and thus appease its sabbatical years. It will rest during all the days that it remains desolate, whatever it had not rested on your sabbatical years when you lived upon it.” (Lev. 26:14-35)

The Torah declares even before the Israelites have entered the Land of Israel: If after you come to the land you don’t perform My commandments, including the commandment of letting the land rest (during the seventh sabbatical year, and during the Jubilee year; for the details of these laws, see Leviticus Chapter 25), you will not have the privilege to continue living in the Land of Israel, and you will be forced to leave the land for the number of years which parallel the number of years when the land should have rested, but which you didn’t observe according to law. So against your will, the land will rest from being worked while you are suffering in exile, in place of those years when you should have let it rest from work out of your own free will.

Now, a calculation of the sabbatical and Jubilee years in the period when these commandments of the Torah were not kept in the Land of Israel from the beginning of this period until the year of the First Temple’s Destruction and Israel’s exile from its land, gives us 70 years [the exact, detailed calculation is explained in Rashi’s commentary in Lev. 25:35].

Indeed, when the Jewish nation went into exile, G-d commanded Jeremiah the prophet to send a letter to the exiles in Babylonia:

In the letter he declares:

“For so said the L-rd: For at the completion of seventy years of Babylon, I will remember you, and I will fulfill My good word toward you, to restore you to this place.” (Jer. 29:10)

Ezra testifies that at the end of the time which G-d had announced through Jeremiah, Cyrus the king of Persia, the ruler of the Land of Israel, was suddenly and inexplicably aroused to encourage the exiles to return. There is no way to understand it other than the fact that it was the Creator’s Will. He permitted the exiles to return to their land  renew their spiritual center and rebuild the Temple.

Indeed, the Book of Chronicles which concludes the history of the Biblical period, (and which was written and published immediately after the Babylonian exiles had returned to their land), describes the Destruction and then mentions the entire period of exile, while unequivocally referring to Jeremiah’s prophecy. Here are its words:

“And they burned the House of G-d G-d, and they demolished the wall of Jerusalem, and all its palaces they burned with fire… And he exiled the survivors of the sword to Babylon… until the reign of the kingdom of Persia. To fulfill the word of the L-rd in the mouth of Jeremiah, until the land was appeased for its Shabbats; [for] it rested all the days of its desolation until seventy years were completed. (Chronicles II 36:19:21)

It is worthwhile pointing out that the various historians and researchers do not dispute the fact that the exile lasted for 70 years. (The miracle of Purim occurred during those 70 years of exile, after Achashverosh had ascended the throne after Cyrus and Darius. The latter had conquered Babylonia during the reign of Belshazzar, the second son of Nebuchadnezzar, king of Babylonia, the destroyer of the First Temple.)[1]

[1].  The prophecy about the end of Babylonia was also completely fulfilled as predicted in Isaiah (13:19): “And Babylon, the beauty of the kingdoms, the glory of the pride of the Chaldeans, shall be like G-d 's overturning of Sodom and Gemorrah. It shall forever be uninhabited, and no one shall dwell there from generation to generation…” (See more about the Destruction of Babylonia in Jeremiah’s prophecy [Chapters 50-51]!) Here is a quote from the book “Journey to the Summit of Mount Sinai” (page 63) about this:

“Had the prophets promised us that Babylonia would be destroyed without mentioning a specific date, their words would have been risk-free. However, this prophecy is not just a boilerplate prophecy of destruction, it is an unambiguous promise that after Babylonia will be destroyed — which occurred shortly after the prophecy was delivered — and no person will succeed in rebuilding it for eternity! Which person dares to talk about an eternity? How can a human being know what the hidden future holds? To ensure that this prophecy will materialize, a human would have to guard the ruins forever to insure that no person dares to attempt rebuilding them!

In our times, due to our advanced technology and the relative ease with which infrastructure can be built, cities that were destroyed — whether in war or by natural disasters — were rebuilt again in the same place as the original cities. Even Hiroshima that had absorbed fatal levels of radiation, and logic dictated not rebuilding a city in the same contaminated place, was nevertheless rebuilt there.

This should have been even more true in the ancient period, when it was far more difficult to build a city infrastructure. In many archaeological excavations of ancient cities, they have discovered numerous layers including layers showing a conflagration that visited the city. This phenomenon teaches us that cities that were destroyed were rebuilt time after time in the same place.

To prophesy that a certain city would be destroyed and would never be rebuilt, was therefore taking a huge risk! The chance that such a prophecy would materialize was extremely low, particularly taking in consideration the fact that the prophecy had to hold true for all times, and throughout history… until the end of all generations. Forever! Who could predict such a thing about a city like Babylonia, the center of the Babylonian empire, who so many conquerors dreamed to rebuild as their capital and rule their kingdom from it, out of a desire to be the successor of the famous Nebuchadnezzar? Alexander of Macedonia wanted to turn it into the capital of his extensive empire, but he died before realizing his dream. Immediately afterwards, his empire split apart and the plan was dropped. Babylonia was a famous, much-coveted city, yet Jeremiah and Isaiah prophesied about it that “It shall forever be uninhabited!”

The Bible Encyclopedia writes these few sentences about Babylonia (city): “There is nothing left of this city, which was the capital of various empires during the second and first millennia before the Common Era, besides a wide field of ruins on the eastern side of the Euphrates…”

Dr. Pinchas Biberfeld in his book Ancient Jewish History writes: “After the reign of Cyrus, Babylonia still continued to be an important city, remaining one of the capitals of the Persian empire. But gradually the city became more and more deserted. Alexander the Great intended to make it the center of his world empire, but his sudden death prevented this. And Babylon eventually passed from the scene. It was reduced to rubble and remained in this condition until our time as a constant witness to the truth of the predictions of the Hebrew prophets.”

Adapted from “Journey to the Truth” by Rabbi Zamir Cohen

Previous Article Life After Death in This World Next Article Live, Remember and Tell the World 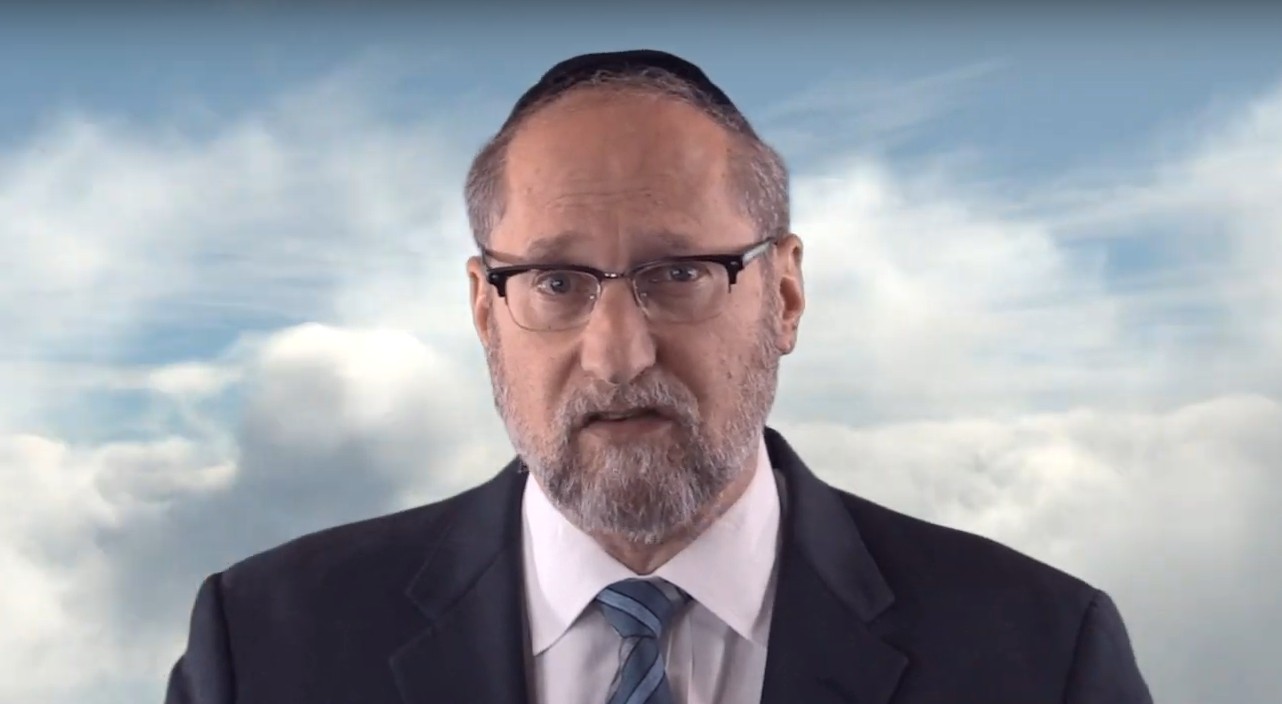 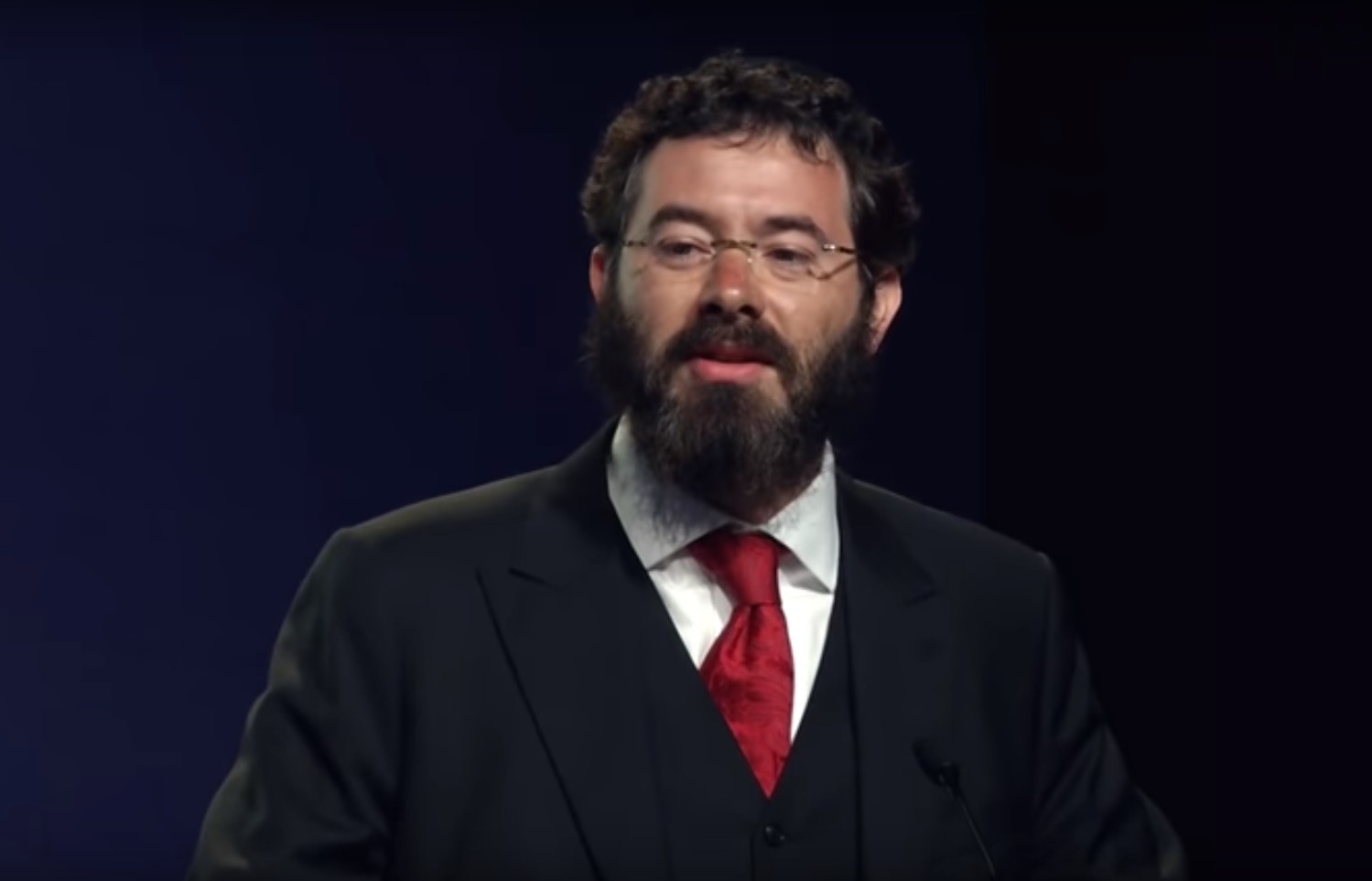 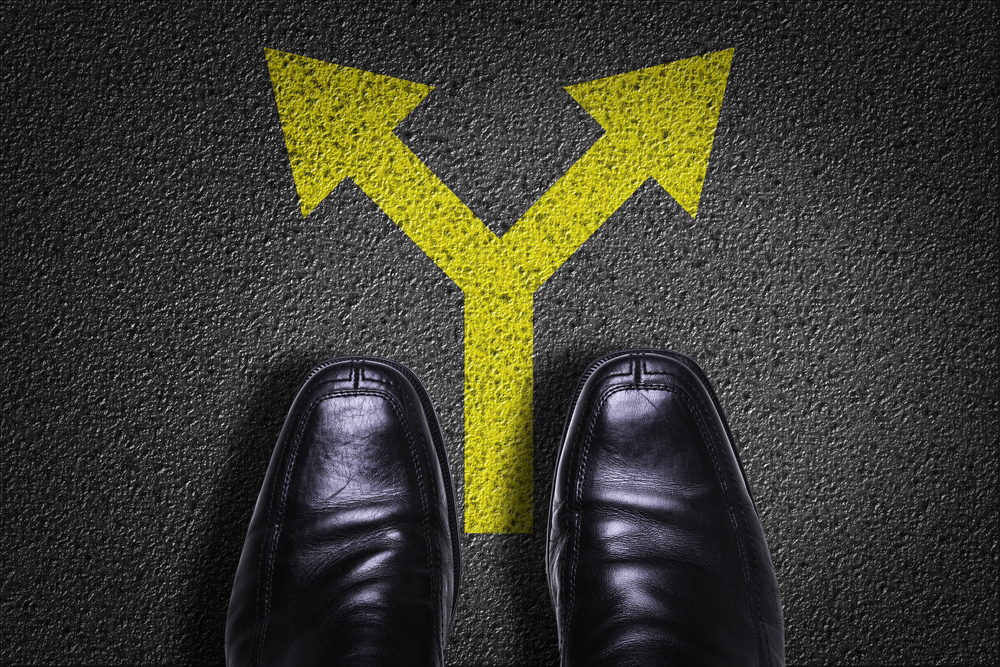 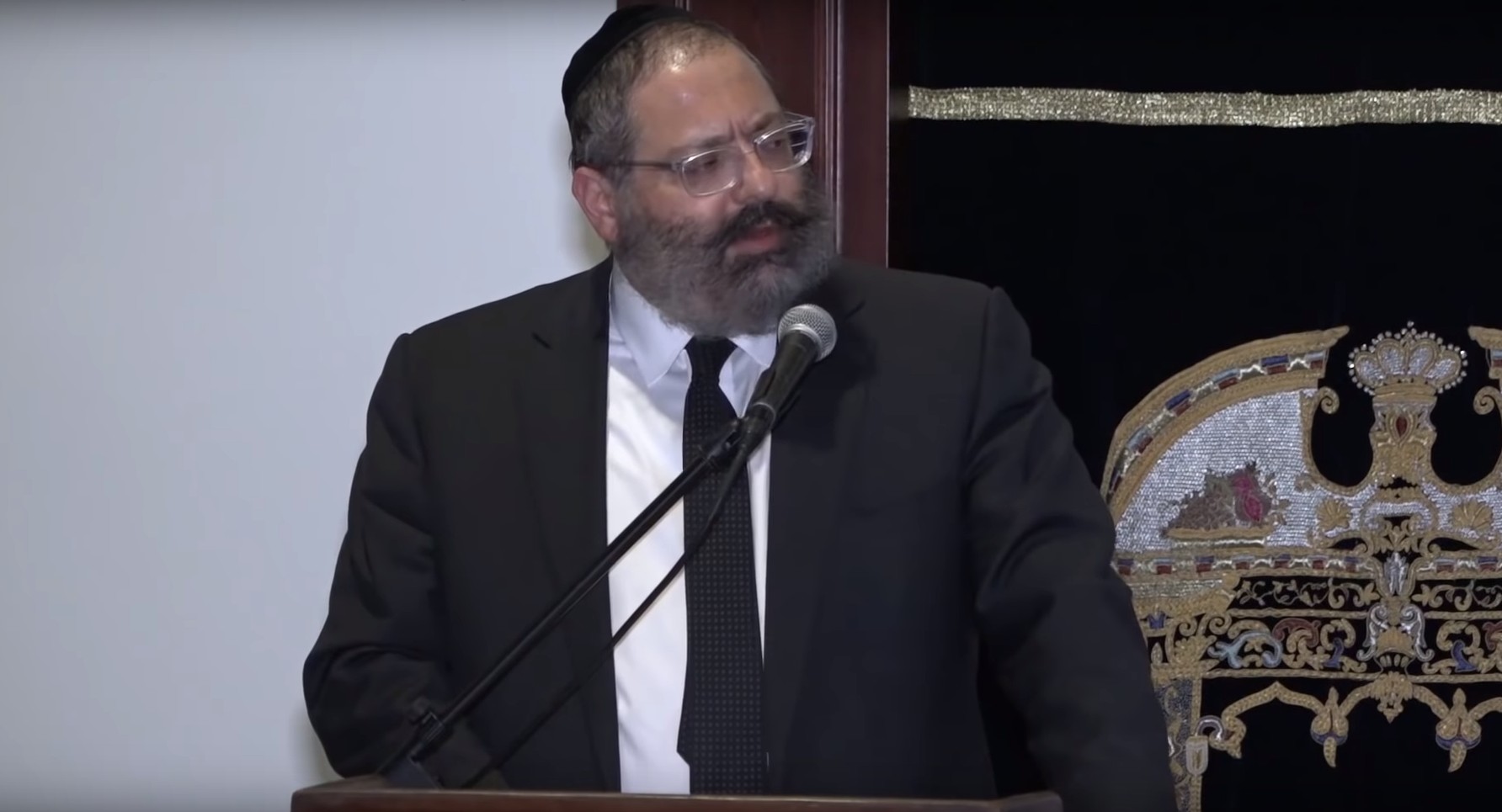 Murder at Chabad of Poway: A Bullet in the Soul of America - Rabbi YY Jacobson 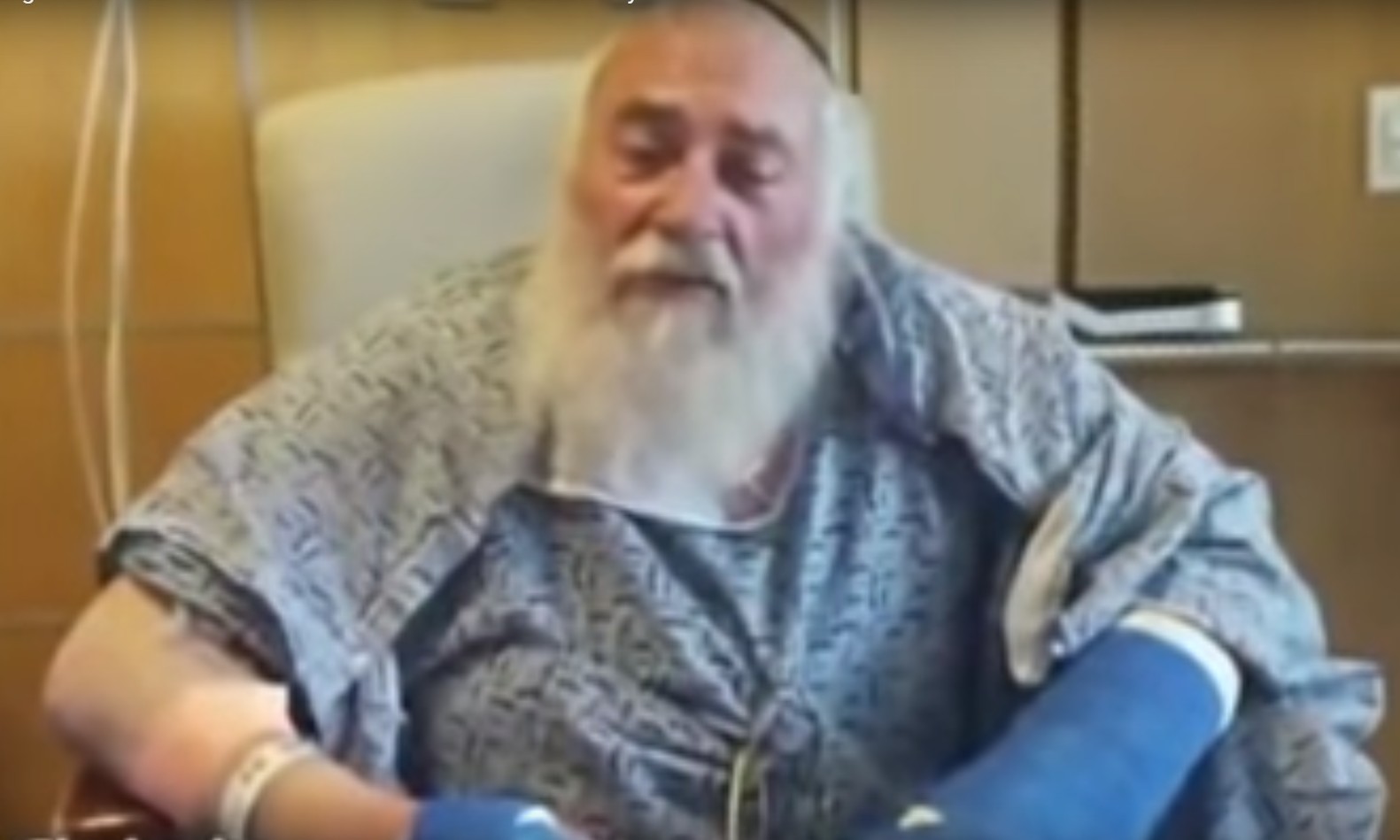 Message From Rabbi Yisroel Goldstein of Chabad, Poway - Must See 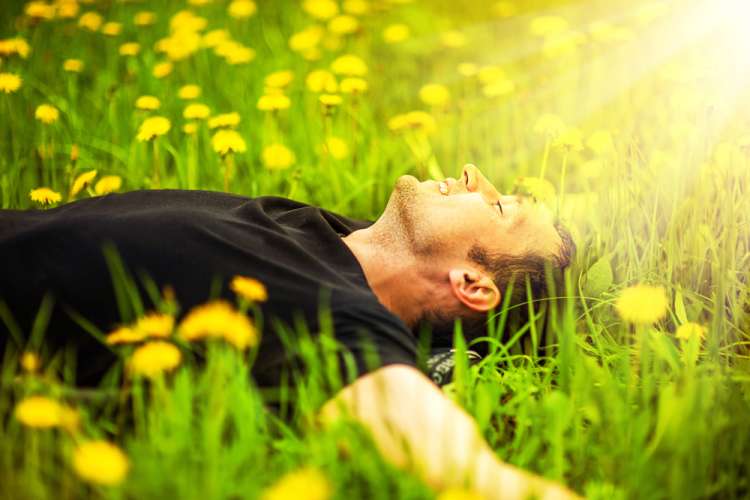