Ahuvi K. raises her own nine children plus two more adopted ones. One child has special needs and another one is totally handicapped. From where does she get the strength to do this and in addition still succeed in managing her advice clinic? This is an interview with someone inspiring!

If you ask Ahuvi’s children how many children are in the house they might get confused and rightfully so! That’s because the answer is not always the same. It depends on the situation and the timing. Ahuvi herself is a mother of 9 children and works full-time. In the past twenty years she opened her house to many children each one with their own story. Each one then had a complicated life beforehand and Ahuvi attempted to give them what they were lacking and to pour her goodness into them.

“Everything began when I was a young lady in 11th grade. My high school sent me to volunteer in a dormitory and I became a big sister to a sad sweet nine year old girl. I poured my heart into her and I promised myself that after I get married I would open up my house to children. In truth I got married, my children were born and I invested in them and their development until I saw once an advertisement from Ezer Mitzion (an Israeli volunteer organization) that they were looking for homes to host children. I called I called up, spoke to the supervisor and I was lit up.”

Ayala was the first girl that came to them a 2 year old with Down Syndrome whose mother had just given birth again. “She came to us for 2 weeks we became very attached to her and the children loved her very much. A month later, Ayala’s father called up and said that they found out that Ayala had leukemia. We organized a rotation and recruited more families to prepare hot meals and got high school girls to do laundry and fold and iron it. This lasted for a year.

Soon afterwards Itzik came. A sweet awesome little boy on the down spectrum  who could only say one sentence. He kept repeating the same sentence over and over and over and kept looking only for round things. We chased after all day to take things out of his hands that were  round  like the pizza knife and sometimes we had to stop him from playing with the round fan.

After him Meir came. Again Meir was in the same spectrum with Down syndrome, a sweet boy with gigantic eyes that would only calm down when there was music playing. My daughters would play him music for hours. One day a friend called up hysterically and said that her friend had a nervous breakdown and was going to be hospitalized. They divided up the children amongst different families and that's how we got Yosef Chaim who was a month old and was so sad. It's impossible to believe how sad a one month old boy could be! He stayed with us for a month until they found him a proper foster family.

Then there was Devori, Tzipi,Yaeli and Yonatan! Each time Ahuvi says a name you could see the look on her face and she says “we loved them so much!”

Right before Passover 15 years ago Gitty came to them she was just 6 and she was seriously neglected and abused. She came then and stayed with us until today. Now she's 20 and there's nothing that we didn't have to go through with her! There was a lot of blood and sweat, a lot of tears and success because now she's a great girl that's still need some help but she's actually ready to get married. This is something that we never dreamed could happen.

If you for a moment think that Ahuvi stopped and she already used up her ability to nurture and invest in children you'll be surprised to hear that it's not so. 9 years ago she took on another foster child into the family. A girl named Ricky with Down syndrome that also has serious developmental issues.

“Ricky is our treasure” Ahuvi says with endless love for the girl that lived in her house from three weeks old. “She is totally handicapped, she can't walk, she can't communicate and just very recently she just started holding items in her hand and playing with them, but she can't do more than that. Even so we love her so and we nurture her. She always looks like a true princess. She is gorgeous with a long ponytail and always wears beautiful clothing.”

“People sometimes see Rikki and say: “What a shame, how sad.” That makes me angry because it's not a shame and sad. As far as she's concerned she's getting everything she needs and her life is good she is fortunate and not suffering. Not only that, even my children gain from it because they learn how to take care of somebody different and they’re able to meet some special child in the street and just hug them because that's the way they were raised!”

Ahuvi can't hold back from saying the following story about Ricky. “It was a cold dark winter night and everyone was sleeping. In the middle of the night I hear shouting “Mommy! Mommy”!  I got up and I looked all around, it was clear someone called me. I checked all the rooms, everyone was asleep and it was quiet. I looked at Rikki and I see that she's covered totally with a heavy down blanket that doesn't let her breathe. I took the blanket off and I saw that she was all sweated up. I understood that I saved her life and I was all wound up inside me. It's clear that Ricky can’t talk and she couldn’t call me. But could it be that she called me through her thoughts? I don't have any other explanation for this.

What gives you the strength to take care of foster children? This takes amazing effort that can’t be comprehended!

The answer Ahuvi gives is that as far as she knows all her strength comes from parent’s house, the Irenstein family from Bnei Brak (her father was former mayor of Bnei Brak). Her house can be described as one endless giving and love for other people. “I grew up in a house of kindness” she says about her childhood. “I was nurtured on kindness. Since we're Hasidim of Gur and my father served the Beis Yisrael I was raised with a lot of faith in our sages.  Ahuvi describes her father: “My father Rabbi Moshe Irenstein was a community activist in his blood. He loved the people around him and he always tried to help them. My parents worked very hard for their money and whenever they could they would lend it to other people. I remember every few months they would sit with a big pile of papers and they would call up all the people that owed them money. There were people that didn't pay him for a very long time and then my father would say to my mother” if they didn't pay it must be they don't have”. Then he would take the notes worth tens of thousands of dollars and tear them up. The main thing was that these people who borrowed from them should not go to heaven still owning that money.”

Advice and Council even during difficult times

One of the most interesting things to note is besides the endless work of taking care of her blessed family Ahuvi works full-time. She has a Master’s degree in psychodrama and craft therapy and she runs a private Clinic. It's hard to know what led to what. Did her rich life experience push her to become expert in these things or was it her unique ability to connect to people that brought her to take care of her special children. The truth is it doesn't really matter!

So how do you manage to balance between running a very demanding household and your full-time work?

“My clinic runs until 2 in the afternoon and at 8 o'clock at night it opens again. It's true that there is sometimes noise in the house but that doesn't bother my work, I got used to it. At any rate if there's some real need I could identify it and I could leave everything and run to do what needs to be done.”

Ahuvi points out that she also learned her skills of running her clinic from her father. “From my father I learned to love every person. I remember every Friday night my father would bring home guests and these weren't always the friendliest people around. Some were bitter and alone they may not have showered for months.  My father always explained to me that “we have a house but not everyone has a house. We have food but they don’t. It’s clear that we need to help them.” This soaked deeply into us and this is what brings me to realize that in my job I feel an obligation to help people in every possible situation. I get the most difficult cases and I even treat violent women and women suffering from other emotional illnesses because it’s clear to me it’s bad for them and I want to get them out of that bad place.”

Isn’t it emotionally difficult to deal with such complex issues?

Ahuvi thinks for a moment and reveals: “Every Friday night when I light the Shabbat candles I think about the fact that no one really knows what is in store for him in the future. I have no idea what G-d has in mind for me and my children. I just ask G-d for one thing- ‘I take care of your children at home and at work so please G-d, take care of my children.” From experience I know this is an excellent deal because G-d pays 100% and even in cash!

Moriah: From Professional Model to Judaism

A Total Turnaround- If I Can Do It You Can Too!

Israeli Woman Diagnosed with Cancer at 92 is Doing Fine at 97!

Out of the Dumps, Performing Onstage

Moriah: From Professional Model to Judaism

A Total Turnaround- If I Can Do It You Can Too!

Israeli Woman Diagnosed with Cancer at 92 is Doing Fine at 97!

Out of the Dumps, Performing Onstage

Would you like to concentrate better? Add cocoa to your coffee. 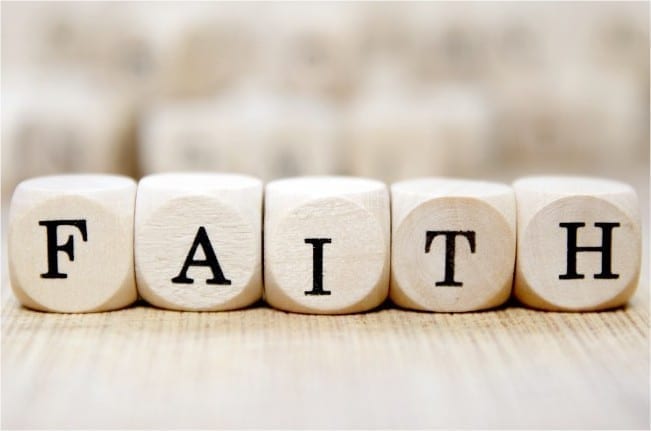 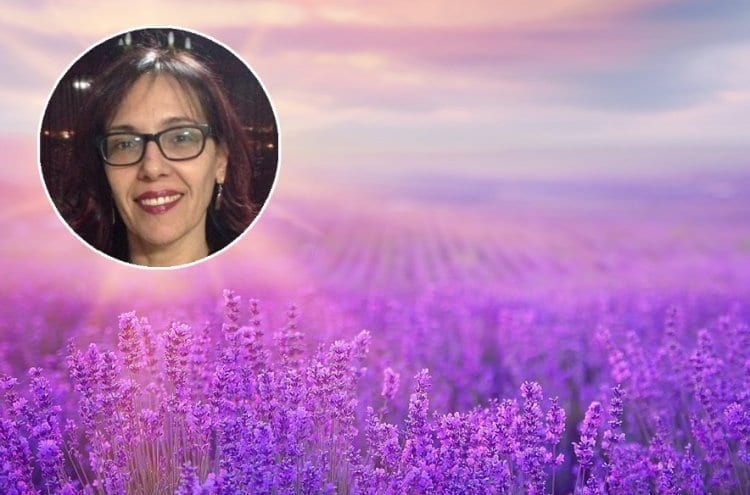 Life Is Short; You Need to be Happy Every Moment of It

Women to know: Leaving the church was not a simple choice 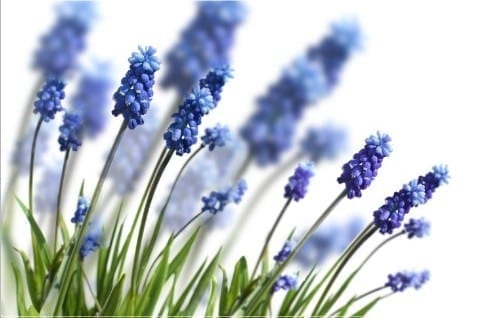 Women to know: Thousands of guests have passed through the doors of Rebbetzin Yocheved Grossman