I might be a writer, but I must admit that I am the world’s least creative person, at least when it comes to glitter and Popsicle sticks, that is. The thought of a triboard makes me nauseous, and I’m not particularly adept at using a glue gun.

None of this should matter, considering that I’m long out of middle school, but it does, you see, because I’m the mother of more than one student.

Bleary eyed and a little foggy from the all-nighter I had pulled, I trudged up the steps to my son’s yeshivah on a (raining, of course!) Tuesday (pray tell why most science fairs and build-your-own-menorah competitions never take place on Sunday when Tatty is home… but I digress) morning, ever so carefully carrying the super-delicate model of a sukkah we had toiled to create. By we, I mean mostly me, by the way. Because, well, did you think that a third-grader was capable of cutting out teeny tiny paper chains to be strung with fishing wire from the roof of our shoebox-turned-model?

I was feeling pretty confident about my – our – model of a kosher sukkah (did I tell you I glued actual wallpaper inside of it?!), until we arrived at the school auditorium. That’s when I laid my eyes on the competition. Or, rather, let’s not call it that. Many of my son’s friends’ mini sukkahs looked as though they had been fashioned by Michaelangelo himself.

That’s when I remembered that I, a writer, was competing with more than one contractor and interior decorator.

Though his good friend Dovid was the winner, it was really his mother who deserved the award for what truly was her masterpiece.

Sounds out of hand? It totally is. You see, I already passed sixth grade, but for some reason it’s expected of me to spend more than one precious Sunday this year, chauffeuring my daughter to meet with her 39 av melachos group and to three different stores to purchase an endless list of must-have materials (cha-ching!) for them to successfully depict one of the melachos on a triboard. That’s if I’m the lucky mother this time, the one was wasn’t appointed to oversee the actual making of said project. My poor hubby was the one rolling up his sleeves after a long day of work, potting bean plants in soil with my older daughter’s science group last year, all in the name of a Nobel-prize-worthy science experiment.

At least that project didn’t require a costume for presentation. Because no, my fourth-grader is not capable of tracking down or fashioning a Benjamin Franklin-era getup for her autobiography exhibition.

Apparently, I’m not the only parent who is frustrated by school projects. (And don’t get me started on contests. There’s my all-time favorite, which requires me to chart multiple brachos made by each child each day and then drive them once a week for a month to various locations throughout my neighborhood to pick up a prize.) One educator posted an article online titled, “Parents, Please Don’t Do Your Kids’ Projects” that starts like this:

“Third-grader presenting her Independent Project to the class. ‘I don’t really know why that picture is there, my mom put it in.’”

She tells her readers that, “At one point, in an effort to get parents to stop doing this, I offered to let parents turn in their own projects if they really felt the need to do them (I even offered gold stars, but als, no takers).”

This issue makes me wonder: What’s the point of assigning these projects that the children don’t – or rather, can’t – do by themselves? Why grade these children on how creative their mothers and fathers are, how well Mommy and Tatty can stencil, cut and glue?

No parent wants her child to feel second rate; hence parents with poor hand-eye coordination like me feel the need to stay up all night fashioning a massive menorah out of papier mâché so that my child isn’t embarrassed by his entry at the competition. After all, no third-grader’s Magna-Tile creation can compete with a menorah welded out of pipes by someone else’s grandfather – a plumber.

Spoiler alert: Parental involvement, like, for example, doing your kids’ homework and projects, isn’t a good thing! In fact, parental involvement yields few academic dividends for kids – and often even backfires. You guessed correctly: Our kids aren’t really gaining much by holding the glue stick while we plan out and execute a perfectly positioned triboard.

But it isn’t only up to us parents to put an end to this aspect of the Mommy Wars.

Teachers need to be realistic about what our children can accomplish – and how hard it is for parents these days to be bogged down with these extra non-essential responsibilities.

I’m not saying we should do away with projects entirely. (A mother can dream, can’t she, but I need to be realistic.) When done by the children themselves, projects are a great hands-on learning experience. Keywords: by the children themselves. I feel that projects should be made entirely by the students themselves. And any obvious parental involvement should disqualify the contestant at best – or at least require the teacher to take off points. Let’s bring the competitions and projects back down to the children’s level.

Kudos to Mrs. G., the world’s best fourth-grade English teacher, who required her students to write their book reports entirely in class. A plus for you! Not unlike your students – you really earned it.

So, mommies and teachers alike, let’s all learn from her example.

Something Fishy Going On 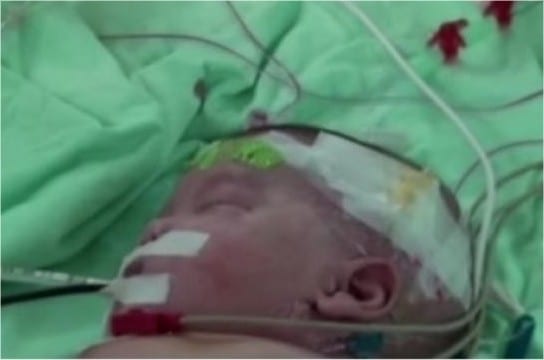 G-d’s Kindness: the Operation was a Success and the Siamese Twins Were Separated

This time it will be different 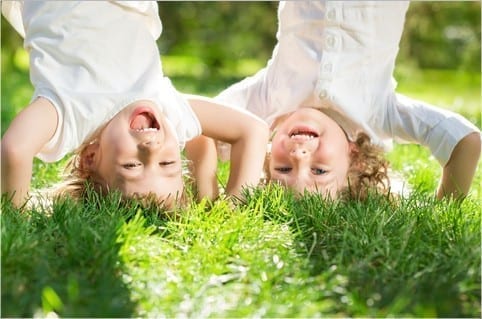 What Are Children Looking for Outside the Home? Love! 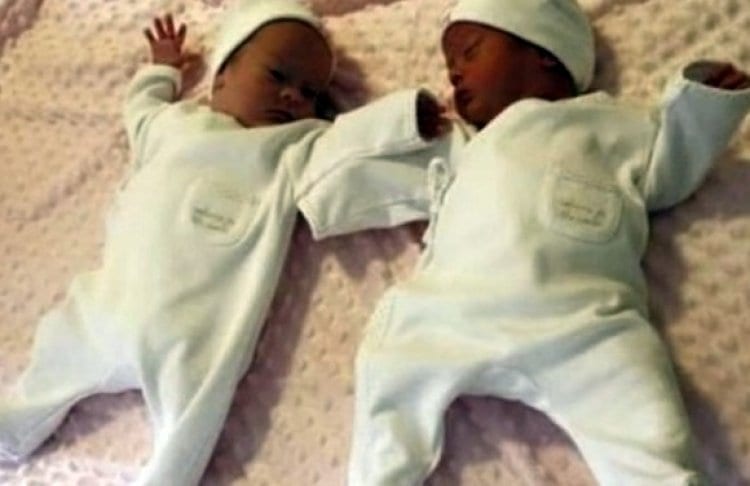 My Down Syndrome Twin Daughters are the Greatest!