LORI PALATNIK is an outreach educator, public speaker and author. She is also the founding director of the Jewish Women’s Renaissance Project. Women have to remember that we aren’t married to our  friends. It’s an unrealistic expectation and puts tremendous pressure on a husband. Women are more emotional in general and want to share their emotions more than men. The Talmud says that ten measures of speech came into the world and women took nine. Women are communicators; it’s innate. Here’s a joke: Why is it a good thing that we have female astronauts today? If they get lost in outer space at least someone will stop and ask for directions. While this may make us laugh, it’s true that women are generally more sharing and emotive, although there are exceptions. Part of it is that society also reinforces what we know to be innate. Society tells men to “be a man” and “man up.” The unvarnished truth is that if your husband is upset about something, it’s simply not in his nature to call you and emote or come home and share his feelings. He needs time to “go into his cave” and mull it over. What should you do? Wait for an opening. It isn’t always a good idea to force the issue. It’s not only what you say and how you say it but when you say it. If your husband is very closed-off, I’d like to remind you that you’re married to a man. If you think that every other man is sharing and emoting to his wife, he’s not. That said, there are extreme cases where a man never shares anything. If this is a chronic issue and you’ve already communicated in the nicest way that you would like to feel closer to your husband but he still doesn’t want to share and it’s damaging the relationship and you feel distant, then you need help. It also doesn’t have to be you to whom he opens up. Just make sure he has someone to talk to—a rav, friend or therapist—for guidance and help.You are not his therapist, his mother or his best friend. You are his wife.

Sometimes, though, a husband simply needs to be taught.My husband gives a “secret” marriage talk to guys, the so-called “chasan schmooze” that Rabbi Noach Weinberg, zt”l, used to have with chasanim. I’ve never actually heard it, but I once begged my husband to reveal just one small thing that he tells the men. “Okay,” he agreed. “One thing.” I was so excited. “I tell them, ‘Your wife likes to talk, and you have to listen.’” “You tell them that?!” “Yes. I say, ‘For your wife, talking is a pleasure. She feels close to you when she talks. For you, it’s a way to get information. But you have to allow your wife to connect to you in this manner.’” Men have to be told that this is what their wives need. It has to be articulated to them that they need to hear that they are appreciated, loved and cherished. Women have to be told that they look nice. Sometimes, though, you have to go about it cleverly, through the “back door.” Let’s say that a woman would like to communicate her needs to her husband, but he’s not going to be receptive if it comes from her. That’s where a little subterfuge can go a long way. For example, if I’m learning with a wife and my husband is learning with her husband and she doesn’t know how to solve an issue, I might suggest that my husband casually bring it up in conversation in a non-confrontational way. A woman has to be smart! It’s important to remember that your husband needs you more than you need him. The deepest, most emotional relationship a man will ever have is with his wife, but a woman can have a deep emotional relationship with the woman standing behind her in line at Walmart whom she just met. We women get a lot of emotional satisfaction from other relationships in our lives. But you are it for your husband. You have to create an environment in which he can connect to you emotionally but on his terms, not as your best friend.

RABBI DANIEL SCHONBUCH is a Brooklyn-based licensed marriage and family therapist who specializes in emotionally-focused therapy: From an early age men are raised to be independent. When little boys play together, their games are all about competition and war. They’re taught not to express emotion because it’s a sign of weakness. Girls, by contrast, play with dolls and play house and live in the world of relationships and interdependence. They’re already more relationship-oriented as children, whereas men tend to grow up to be more emotionally closed-in. In Men are from Mars, Women are from Venus, John Gray talks about the different styles of communication. This is a common problem in marriage—two human beings with different styles of communicating. One tends to be more withdrawn, and the other wants more of an emotional connection. Of course, that’s a broad generalization, because humans are very complex. John Bowlby, a British psychologist, propounded something called “attachment theory.” He posited that there are three types of attachment styles that develop early in childhood. The first type is secure attachment. When a mother is confident,“loving, warm and affectionate to her child, able to listen to his feelings and comfort his fears and pain, she forms a secure attachment that is internalized by her child. Bowlby noted that when this child eventually gets married, he will more easily experience security in the relationship. He will have the ability to express emotion, listen to his spouse and validate her feelings. The second type, anxious attachment, occurs when the mother is highly preoccupied during her offspring’s childhood, worried about her own fears or other problems and issues.

The child feels insecure because his mother is not always present and consistently loving towards him. When that child grows up and gets married he will also have an anxious attachment and never be sure if his spouse is really there for him. This might be expressed as complaining that his wife isn’t home enough or that she doesn’t really love him, and he’ll be overly-sensitive to criticism. The third type is avoidance attachment. In this scenario the mother is cold and distant, even abusive in some cases, not meeting the child’s needs. The child learns to protect himself and avoid being close to someone because it’s just too painful. He shuts down his emotions and doesn’t express them because it opens up the possibility of being hurt. When he gets married he shuts down and withdraws, not only withholding his emotions but also feeling uncomfortable when someone else expresses his or hers. As a marriage therapist, I see many couples where one person craves emotional intimacy and connection, while the other feels overwhelmed by the spouse’s emotion and tends to withdraw. This just increases the anxious person’s feelings of abandonment and ratchets up the criticism, thereby validating the overwhelmed person’s sense of being smothered and criticized and causes him to withdraw even more. The couple starts to engage in a “dance of detachment,” one pursuing and the other withdrawing. I’d say that 70 percent of all couples who come to me are grappling with this issue: One wants closeness while the other is uncomfortable with it. It may look like they’re arguing over finances or dirty socks on the floor, but it often has to do with attachment. It breaks down like this: Around 50 percent of the population is secure; 25 percent are anxious and 25 percent are avoidant. I see a lot of men in therapy who are emotionally shut down, but I also see a lot of women like that too, whose husbands are seeking closeness. So it isn’t gender specific, but it is slightly more skewed towards women who want increased closeness. It’s difficult to be married to someone who is avoidant.

Sometimes it feels as though you are up against a brick wall. It can be very painful. Relationship expert Dr. John Gottman offers some suggestions for those in this situation, one of which is the “soft startup.” When dealing with a withdrawn person, the worst thing you can do is enter a conversation in a harsh or angry way. He will immediately shut down and withdraw even more. The key, therefore, is to start out softly. It’s also important to use what I call an “I” message instead of a “you” message. Saying “You don’t care about me” will only overwhelm the withdrawn person and make him want to retreat. But if you say “I feel all alone” or “I need to be comforted,” that won’t distance the withdrawn person as much. In therapy, I work more with the avoidant party. You have to teach the avoidantly-attached person why he is withdrawing and help him become a little more vulnerable. He has to understand that he won’t ultimately be happy in his own cocoon, and that experiencing safety and acceptance and learning how to express vulnerable emotions within therapy may enable him to have a close and loving relationship with his wife. The therapist also has to teach the spouse how to create a safe environment and moderate her criticism. It’s a process and a journey that can be done by a skilled therapist. I often suggest to people who can’t handle a lot of dialogue that they go out or do other things with their spouse rather than just talk. They need the distraction. Take walks, travel, participate in sports—whatever. This will enable the avoidantly-attached person to be able to focus on other things rather than his fear of closeness. Go out and have a good time. Try to make time for each other. I’ve seen that this really works.

Reading about avoidance attachment is also helpful to help them understand how they tick. A secure person will find it a little easier to be married to an avoidant person—he’ll be less disappointed and better able to handle his spouse’s nature—but it’s still hard. An anxiously-attached person will find it devastatingly painful, and it can be explosive to a marriage. Communication is also very important so that an anxiouslyattached spouse isn’t threatened by her husband’s withdrawal and doesn’t interpret it as rejection. I coach withdrawers to say, “I’m feeling overwhelmed right now but I do care very much. I just need some space.” It’s perfectly fine to withdraw sometimes. You just have to make sure your spouse doesn’t misinterpret it as withdrawal from her. You have to understand that if your spouse has an avoidance attachment style there’s a long psychological history behind it; it isn’t you. It goes back to early childhood relationship development; it’s not a function of your marriage. You can’t blame yourself. If you are anxiously attached, you need to learn how to self-soothe and take care of yourself; that means exercising, enjoying life, and realizing that you may have to form other relationships as well. Having other satisfying relationships is helpful. But I would still advise you to get help to resolve this so you can feel closer to your spouse. 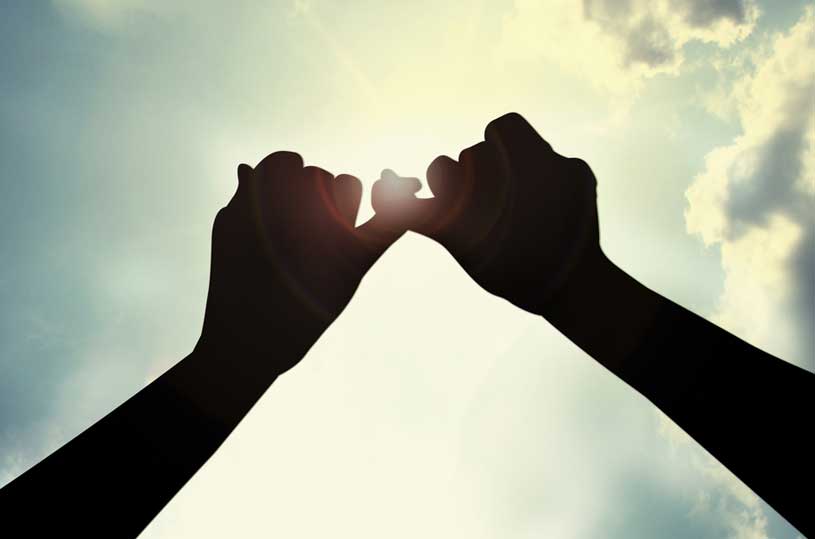 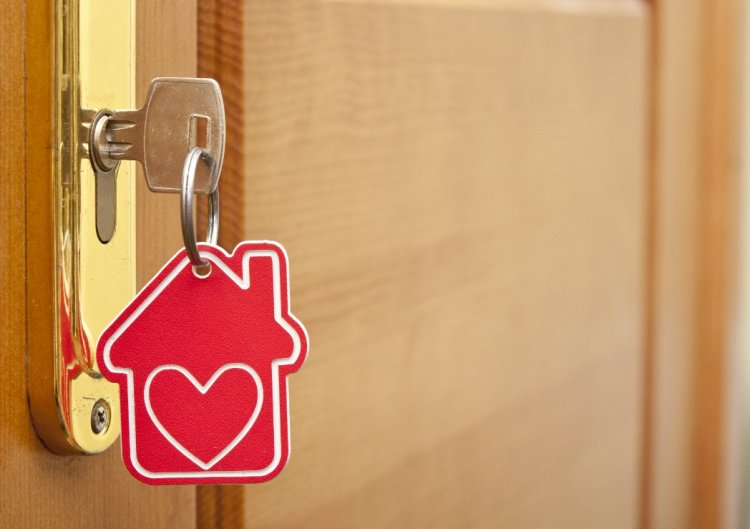 The Path to Happiness in Married Life 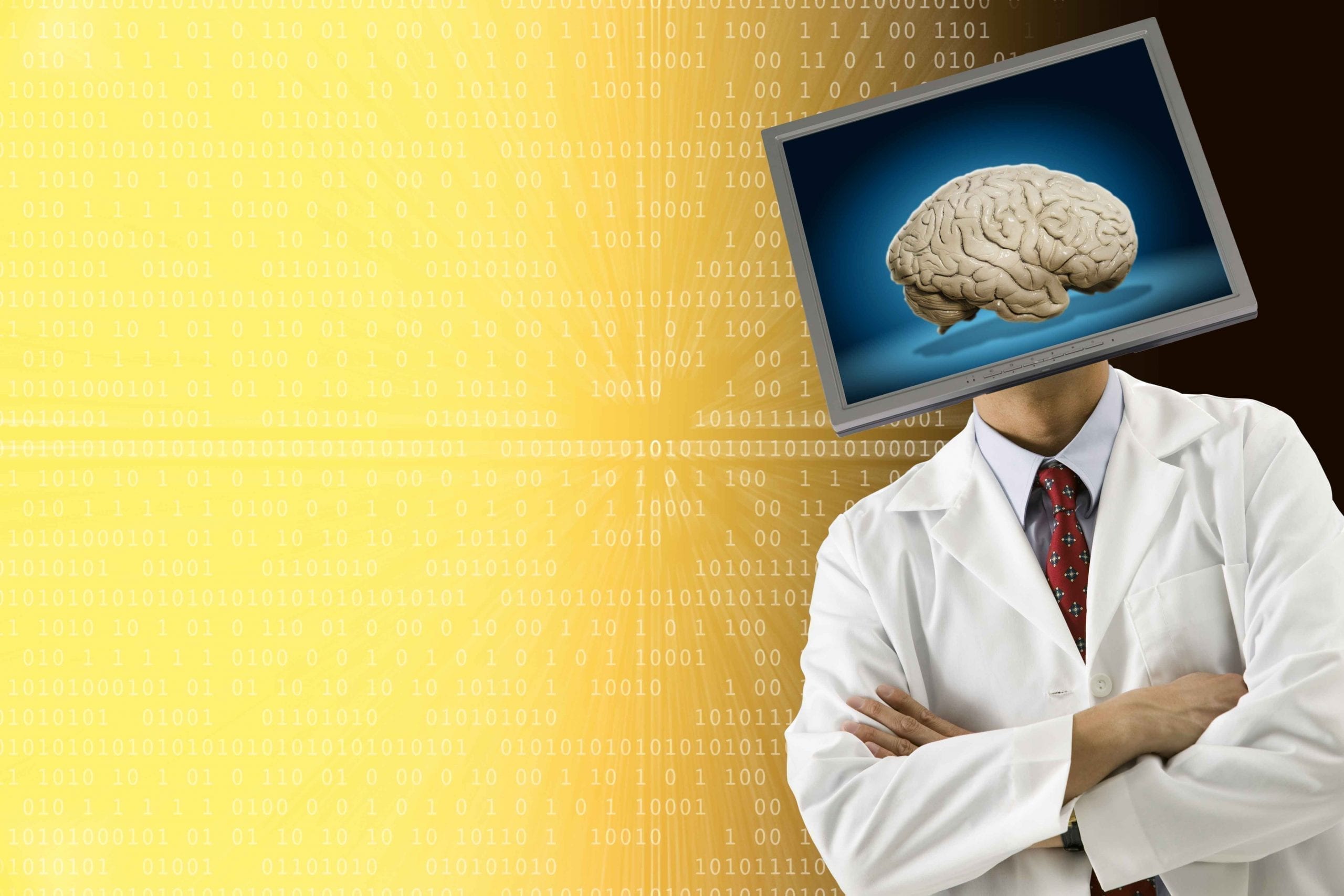 The​ Brain is the Hardware of the Soul 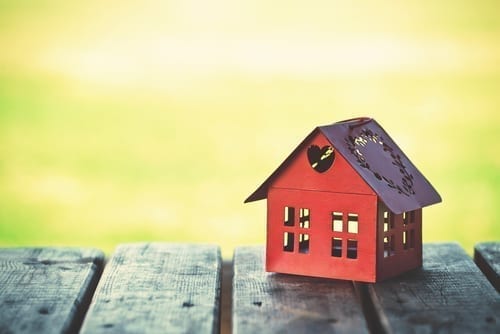