As we approach Rosh Hashana, it is important to understand why Rosh Hashana is such an important time. Furthermore, on a more practical level, it is essential that we are aware of our avoda during this time period. It is a great shame to experience Rosh Hashana without becoming a changed person.

Rav Eliyahu Eliezer Dessler zt”l provides us with some vital insights into Rosh Hashana.  He begins by explaining that there are two different ways in which a person can change his spiritual standing.  He describes them as bechira klalis and bechira pratis.  Bechira pratis describes minor life changes, whereas bechira klalis refers to major shifts in one's level.  Bechira pratis is the more common of the two.  People generally change in small stages, gradually improving or deteriorating.  However, there are times in a person's life when he faces a major decision and the results of that decision will have dramatic effects on the rest of his life.  For example, a person beginning his studies of Yiddishkeit may face a decision as to whether he should continue his studies or look for a job without having strong foundations in his Judaism.  This is a single decision, however, it will have great ramifications for his future spiritual standing.   In a similar vein, there are certain time periods which are mesugal for bechira klalis – Rosh Hashana is one of these times.

Rav Dessler brings the Gemara that states that the g'zar din for a person's year is made on Rosh Hashana and that it is almost impossible for an individual to undo the judgment he received on Rosh Hashana.  He asks why this is the case – if a person improves his actions later in the year, why is it so difficult for him to alter what was decreed on Rosh Hashana?  He explains that there is a special power on Rosh Hashana.  He writes: “The whole matter of the judgment of Rosh Hashana is that Hakadosh Baruch Hu created a unique time period in which a person is aroused to a form of teshuva more powerful than on the rest of the year. And since the arousing power of Rosh Hashana is so great, so too the change that a person can make in himself is very great.”  Accordingly, if a person reaches a high level on Rosh Hashana then he effects a deep and permanent change in himself.  Even if he declines later in the year, his basic standing does not change. His change of level later in the year only represents a superficial deterioration, rather than a  fundamental shift on his level. In this way, Rosh Hashana is a time of tremendous opportunity to make long-lasting changes.

The Shem Mishmuel gives us a further insight into the power of Rosh Hashana. He writes that the events of the first Rosh Hashana have an eternal effect on that day through all of history. On the first Rosh Hashana, man was given a whole new level of existence through the soul that he was given.  The soul is the driving force behind man's desire to constantly grow in stature and closeness to Hashem.  Accordingly, on this day, there is an extra power for man to make a conscious decision to make huge leaps forward in his spiritual standing. With this understanding, he explains the gemara that tells us that Yosef HaTzaddik was released from the Egyptian prison on Rosh Hashana.  The name of a person represents his essence. In that vein, Yosef's essence, based on his name, is to have a constant desire to grow in spirituality. Rachel Imanu gave him this name to represent her desire for more children, asking, “Hashem should add for me another son”.

This reaction seems somewhat difficult to understand – it appears analogous to when a parent gives a child a gift, the child asks for another one instead of thanking the parent!  However, in truth, it seems that Rachel’s desire for more children was not merely a desire for more in the realm of gashmius (physicality), rather it was a result of her great sheifa (aspiration) to strive in ruchnius (spirituality). For Rachel, having children meant playing a key role in the building of Klal Yisroel.  Her request to have more children was a reflection of her own desire to merit to play a greater role in building Klal Yisroel. Thus it was not comparable to a child asking for another gift, rather it was more akin to one who has just completed a piece of learning asking Hashem to help him complete another one. That is not a sign of ingratitude, rather it is an expression of the person’s desire to grow more in ruchnius. In this way, the name Yosef represented the desire to constantly increase one's spirituality.  The Shem Mishmuel writes that the essence of Yosef is identical to that of Rosh Hashana, in that both epitomize a burning ratson (will) to constantly strive in ruchnius. Therefore it was fitting that the pivotal event in enabling Yosef to achieve greatness, Yosef's release from prison, occurred on the day that is mesugal for greatness, Rosh Hashana.

These sources teach us the immense opportunity that is present on Rosh Hashana. The level that we attain on Rosh Hashana will have a tremendous effect on how the year to come will pan out.  Accordingly, it is essential that a person strive to attain a high level on the days of Rosh Hashana.  This concept is discussed in halacha. The Mishna Berurah writes that one should be particularly careful not to express any anger on these days. He explains that expressing positive character traits are a simun for a good year.  Of course, it is not sufficient to merely act like a tzaddik on Rosh Hashana and return to one's old self the next day.  Rather, a person must strive to make a permanent change in his outlook and attitudes on Rosh Hashana.  Doing this will provide the foundation for a genuine improvement in one's Mitzvo observance.  In this vein, the sefarim write that one is not merely judged on the number of mitzvos and aveiros that he has committed. His life aspirations and attitudes also come under scrutiny.

This perhaps helps understand why there is so much emphasis on tefilla on Rosh Hashana. For much of the day we sit in shul repeating the concept that Hashem is our King.  Doing this is intended to help us internalize the recognition that closeness to Hashem is the only true source of meaning. The yetser hara can make a person have a somewhat negative attitude to the long prayers of Rosh Hashana. It can make him think more about going home, having lunch and sleeping, than making Hashem King.  It is essential to recognize this nisayon and try to internalize the purpose and opportunity of the day. We have seen that Rosh Hashana is a time of unparalleled opportunity. The Shem MiShmuel points out that from the time that Yosef's release from prison on Rosh Hashana infused an extra power into that day of freeing oneself from his own personal prison – that is, whatever prevents him from being free to achieve his potential.  May we all merit to achieve a great and long-lasting aliya on Rosh Hashana.

From the book “A Light in Time”

Rosh Hashanah – The Mood of the Day

Rosh Hashanah – The Mood of the Day

The Continental Drift According to Kabbalah

Rosh Hashana - What is Really Important to Us? 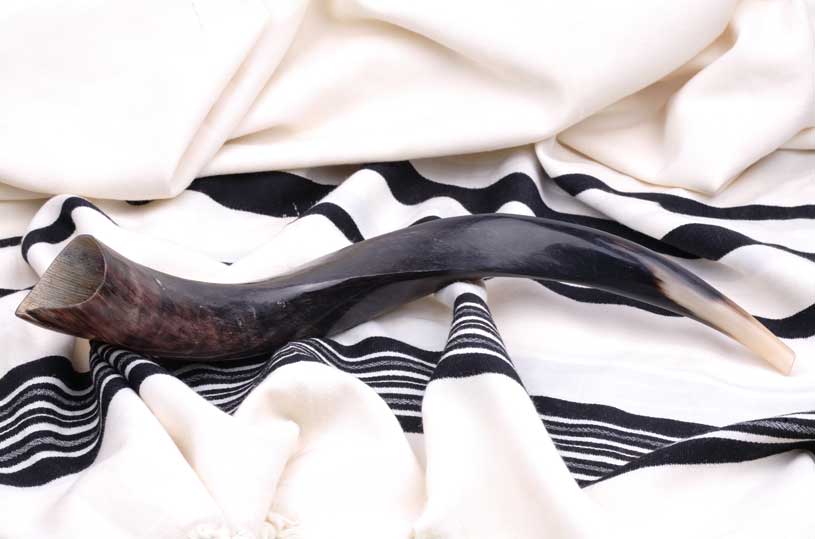 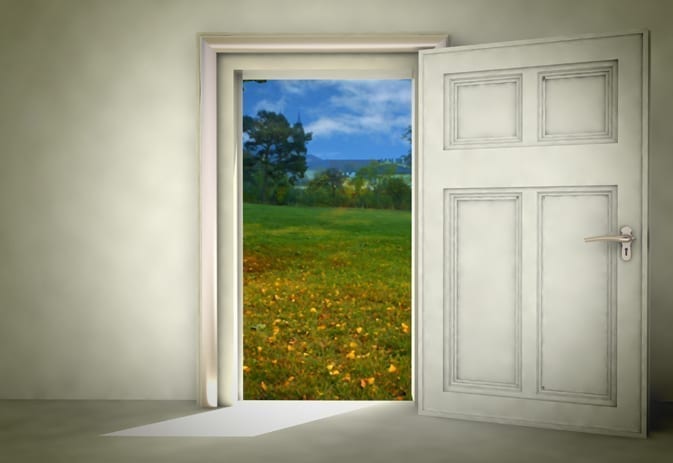 The Importance of New Beginnings 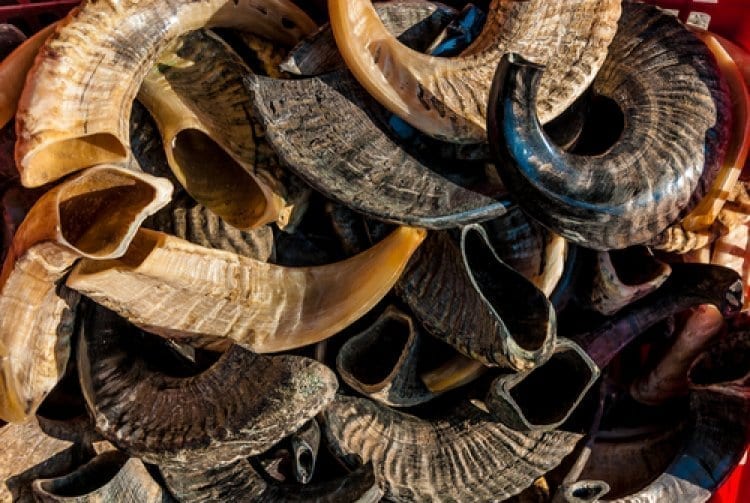 Make Sure it is a Shofar! 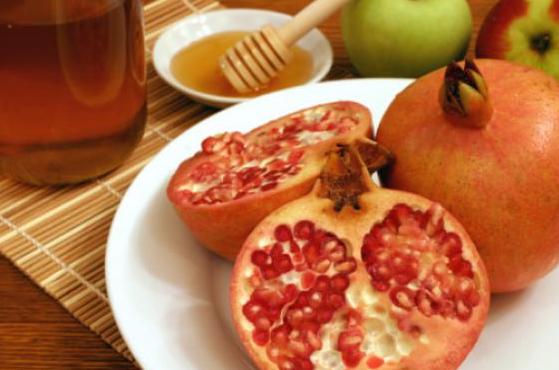